Home Rangers Pedro has a big decision to make 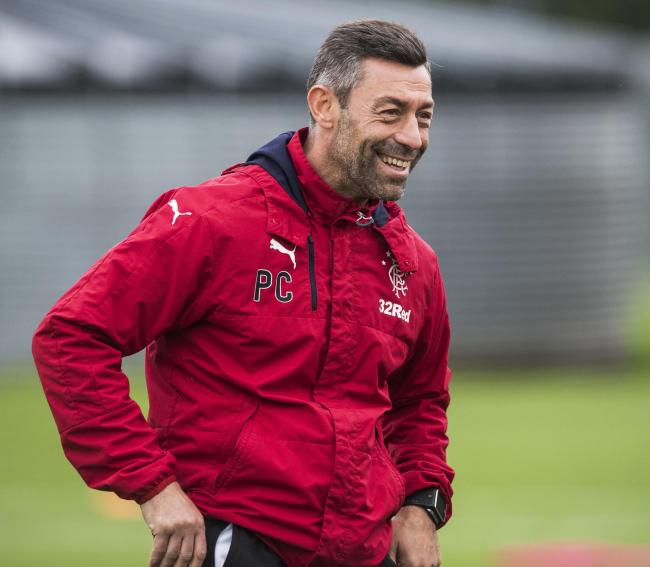 Ex-Rangers enforcer Kevin Thomson has advocated a change in formation for the Old Firm clash later this month, suggesting an extra midfielder while sacrificing a striker.

Whether you agree with his opinion, could a change in formation, whatever it may be, be a wise move from Pedro Caixinha for what will be a very difficult game?

When the Portuguese signed up at Ibrox, his initial formation moved away from his predecessor’s 4-3-3 by picking a 4-2-3-1.

Results were mixed at best, with a superb win at Aberdeen for example compounded by maybe Rangers’ worst-ever loss at Ibrox, 1-5 to ‘them’.

This season has seen effectively a new squad arrive in Govan, and Pedro has adjusted his system entirely – to both use the players he has (there is literally only one problem position) and to adopt a more suitable SPL Rangers strategy.

While old-school Rangers managers have used varied formations, the most tried and tested one is the traditional 4-4-2 – and that is what Pedro is sending out there.

It has been a mixed bag this season, but recent results have seen a little momentum gather, even if the opponents have not quite been marquee.

But Celtic will be a whole other kettle of fish. Thomson appears to be suggesting a 4-5-1 – which is the formation Uncle Walter used for the ‘bigger’ matches when he was the midfielder’s manager. It was used in Europe and for trips to Pittodrie and most Old Firm encounters, but he did have the quality of player to handle it, with guys like Daniel Cousin holding the ball up top.

This is anything but to smear Morelos – regular readers will know how highly the site rates him. But we are less sure a four at the back will work in this one, and that is where our concerns lie.

Walter was not shy selecting up to six defenders in that 4-5-1 to essentially make it a 5-4-1 or even a 6-3-1when he felt it would be a hard match, and more often than not, certainly domestically, it got results. Opposition could not break Rangers down and we had pace to hit on the counter.

The current squad probably does not have that attacking pace, but a three at the back might just be a wise move. As good as Alves and Cardoso have been, the Old Firm is a cauldron which has reduced even the most hardened veterans; hence adding someone who has been there several times in the shape of Danny Wilson would probably be a very wise selection.

Rangers have practised the three and it has looked reasonable, and with two fullbacks supporting the defence while getting forward, it could give Celtic something to think about.

As for dropping a striker in the form of Miller or Morelos – we would be more inclined to drop Miller. His form at present is not impressive and Morelos’ is. The Colombian striker is superb at holding the ball up and his goalscoring exploits are only going to get better. Have Miller as an option later on if needed. He does usually deliver in the Old Firm matches.

Of course the likelihood is that should we play a 3 and drop a striker, it will be Miller himself who moves into midfield to accompany Jack and Dorrans. Personally we would prefer an energetic and tough-tackling Rossiter in there, but Pedro makes the call and Kenny seems to be a first pick regardless.

Whatever decisions Pedro goes with, a 4-4-2 is surely absolute suicide against Celtic. Even Walter rarely played that formation against the old enemy with better players than the ex-Nacional boss has, so sticking with the current strategy would be a worrying prospect against Rodgers’ men.

This Old Firm match actually carries less weight than usual. Rangers are not really expected to win – a draw at best. Rangers’ should be targeting the St Johnstones and Aberdeens for league placement until we are ready to challenge the Parkhead bunch – as such, anything gained from this clash is a bonus.

But as always, we will expect our Rangers to fight for every ball and give a worthy account of themselves. Regardless of the result.