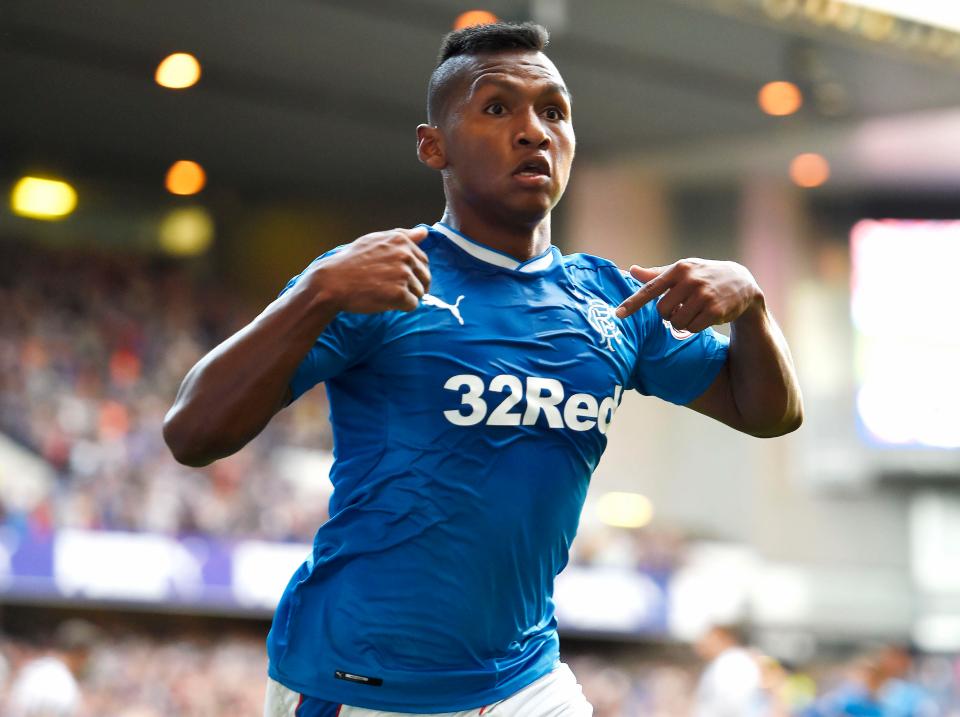 If there is one growing star of Scottish football right now, it is Alfredo Morelos.

Lauded by Ibrox Noise on his arrival, his initial few appearances were uninspiring. This was a 27-goal in 42 appearances striker who had excelled for barely one and a half seasons in Finland for HJK (Feb 2016 to summer past) and hopes were high for his prospects in Scotland, but those few early displays were rusty.

It was when Rangers hosted Dunfermline in the League Cup that Morelos sprang to life. A brace was only a small aspect of his contribution, for after that slow start, suddenly the Colombian was holding play up, bringing others in, and winning a glut of fouls.

Nicknamed the Buffalo (wonder why) Ibrox Noise would prefer the Tank because this guy cannot be shifted – his frame is quite something and he uses his strength to hold defenders off with ease.

This talent became apparent against the Pars, and the ex-Independiente Medellin man finally kicked on in that match with two goals and simply has not looked back.

There have been some hysterical reactions – social media melting with claims that the Colombian youth international is a double figure millions man now. One punter supposedly said £50M. As good as he is getting, let us not get carried away with silly numbers – the east lot might claim Dembele is worth £30M but they live on cloud cuckoo land.

That said, Morelos is certainly the best striker Rangers have had since Jelavic. I mean, the competition for the honour is pretty thin, but Alfredo is on a different level to anyone at Ibrox in years, and if he keeps this level of form up, he could well be the sort of striker we expect at ‘traditional Rangers’.

Since the Croat made Ibrox his stomping ground, Rangers have simply not had a worthy number 10. We have tried to make the best of what we had – but when you compare the contribution in the SPL of Alfredo Morelos with the Joe Garners, Martyn Waghorns, the Nicky Clarks, Jon Dalys, and even our current Kenny Miller (this season) along with his old mate Kris Boyd (second spell) there is just no comparison.

Morelos could well be the real deal, but of course, he will get properly judged in the bigger matches. Hamilton in a week or two, a visit from Rodgers’ lot as well – these are the big tests.

But then, he managed it against Hibernian too, even if Lennon’s side has fallen away a bit since then.

So chances are high that we could well have a true Rangers level striker at last, and our absolute thanks to Jonatan Johansson for spotting the kid.

Colombia really does produce incredible forwards – Rodriguez, Falcao, Bacca – while Morelos has a bit to go yet to get to that level, he is certainly much more likely than Kevin Kyle.