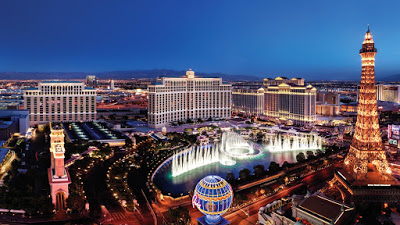 Rangers manager Pedro Caixinha has not had his problems to seek of late, with all sorts of absolute nonsense emanating from Ibrox Towers in the past week or so since the Old Firm debacle.

Sure, the scoreline on the day was not hideous, but everything else that afternoon from his scuffle with Scott Brown to the alleged altercation with John Kennedy in the tunnel was the kind of ‘publicity’ Pedro neither wants nor needs.

With a crucial trip to the SuperSeal Stadium to face Hamilton tomorrow awaiting, all the negativity in the press and allegedly coming from the dressing room really is rather unwelcome.

It is nothing new, of course. Bears of a slightly older vintage will remember the famous Dutch divide where it was claimed the Little General Dick Advocaat was giving Rangers’ Nederland contingent preferential treatment and causing fractures in the squad as a result.

In truth, it is possible that one was not a million miles off the truth given the ex-PSV manager ‘moved upstairs’ not long after all that started.

Is history repeating itself here? For Caixinha’s sake he will hope not, but interestingly he has alluded to the lack of indispensability on his part by conceding he has no idea how long he could last in the job; he recognises the disposable nature of football coaches these days. Look at Frank de Boer!

But Pedro needs more from his squad than he is getting – albeit whether that lack of return is down to the methods he is employing or a squad simply not delivering is hard to say.

Equally though this rubbish from the dressing room is making a real eyesore of things. Claims senior players are unhappy with the manager conflict with other claims that they are not.

Claims that the homegrown players are being slightly hostile towards the imports conflict with claims that Pedro merely asked them to help integrate these players more, rather than acutely accusing them of the opposite.

And more and more claims that there is one player, who will remain nameless, that resides at the centre of all the disharmony and is a player Pedro is alleged to not even want in his squad; meanwhile other claims contrast with this and say he is in fact one of those on Pedro’s side 100% and is trying his best to support the manager.

It is also rumour, counter rumour, elephants and Vegas, and quite honestly while we have seen all these components in the past many times, it is rare that it all happens under one manager like this.

It is a troubled tenure, no doubt about that – fans are divided between those who want to give Pedro more time, and that he ‘deserves’ that chance, and those who want him gone now.

The latter is a problem – how would a new manager integrate with a significantly Hispanic squad who came to Rangers for Pedro? But equally would a new manager get more out the players who seem to be underperforming like Dorrans, Wallace, Windass and Alves?

All we know is Rangers go to Martin Cannings’ place, again, and hope against all hope we can manage a decent win against a side who have not won since the 19th of August and currently reside a lowly 8th following a lively start to the season.

Rangers need a lift. Here is hoping we get one.