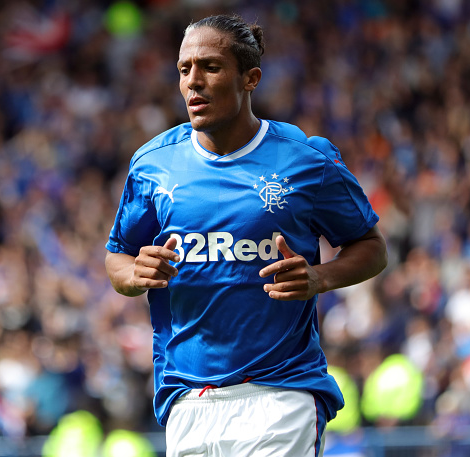 “I may be the only one but for me the biggest disappointment so far is Bruno Alves. He was culpable at both goals on Friday (v Partick). He looks like he thinks this is all very easy and he doesn’t need to work too hard. I think the full backs are a question mark but I expected more from Alves. He should be managing the entire back 4 giving them clear direction minute by minute (or moment by moment as PC would say).
We should be getting much more out of this top professional.”

Now, before I go any further, I have a huge amount of admiration and respect for Bruno – he is a top defender and you do not have the career he has had without being quite the stopper. This is a Portuguese stalwart, who has won the European Championships with his country and has enjoyed excellent spells at Porto, Fenerbahce and Zenit, to name just three, and his signing was a big coup and one which inspired most fans.

However, while we have been critical of the defence, we have tried not to pick on Alves (who can stand up for himself just fine thank you) because of the calibre of the defender he is.

But we have admitted we have been infinitely more impressed by his partner Fabio Cardoso than we have by him.

Blue here makes a claim that Alves is not working hard enough, leading well enough, or organising too well either. And going by the defensive frailties we have seen this season so far, it is hard to completely disagree with this assertion.

We have faced 17 shots on goal, and nine of them have gone in. This is a concerning statistic, and while we are not blaming one man for it, there is little doubt in our minds that as yet, we have not seen the real Bruno Alves.

It is early in the season, and there is plenty time for the veteran to improve, but when we signed him we expected the dominant colossus he has been for other clubs and his country. Instead, so far, whether it is the culture or the style of football, he just does not seem to have quite grasped his new surroundings nor dominated Rangers’ defence in the way we expected.

All the work we have seen from Cardoso, from pressing, harrying, covering, and heading has been infinitely less from his countryman counterpart.

Every time someone comes down the left we see Cardoso with his hands behind his back trying to block a cross to cover for Tavernier, albeit last night’s display did see the Portuguese more exposed than usual. On the other side, it is rare to see Alves covering Lee Wallace or, more recently, Declan John in a similar way.

And the ultimate criticism we can reluctantly make of the big man is that Ross McRorie performed much, much better than he did last night – the youngster made a far better partnership with Fabio Cardoso, and Conor Sammon’s ridiculous influence on the match disappeared once Alves was off. Whether Pedro will elect to start the impressive youngster on Saturday is another matter.

We are not trying to smear Alves – he is a class player and we know that. We just do not feel we have yet seen it at Ibrox. If calling this out makes us evil beyond contempt and gets us a tonne of abuse, so be it.

We cannot wait till the guy gets up to speed – it did not take Carlos Cuellar, David Weir or even Madjid Bougherra too long to show their quality. It does take some players longer though.

And with the Old Firm test coming up too, sooner rather than later would be better in Alves’ case – assuming, that is, he gets passed fit.

And that is what we look forward to. But for now, we have to admit we are not yet impressed by Bruno Alves.