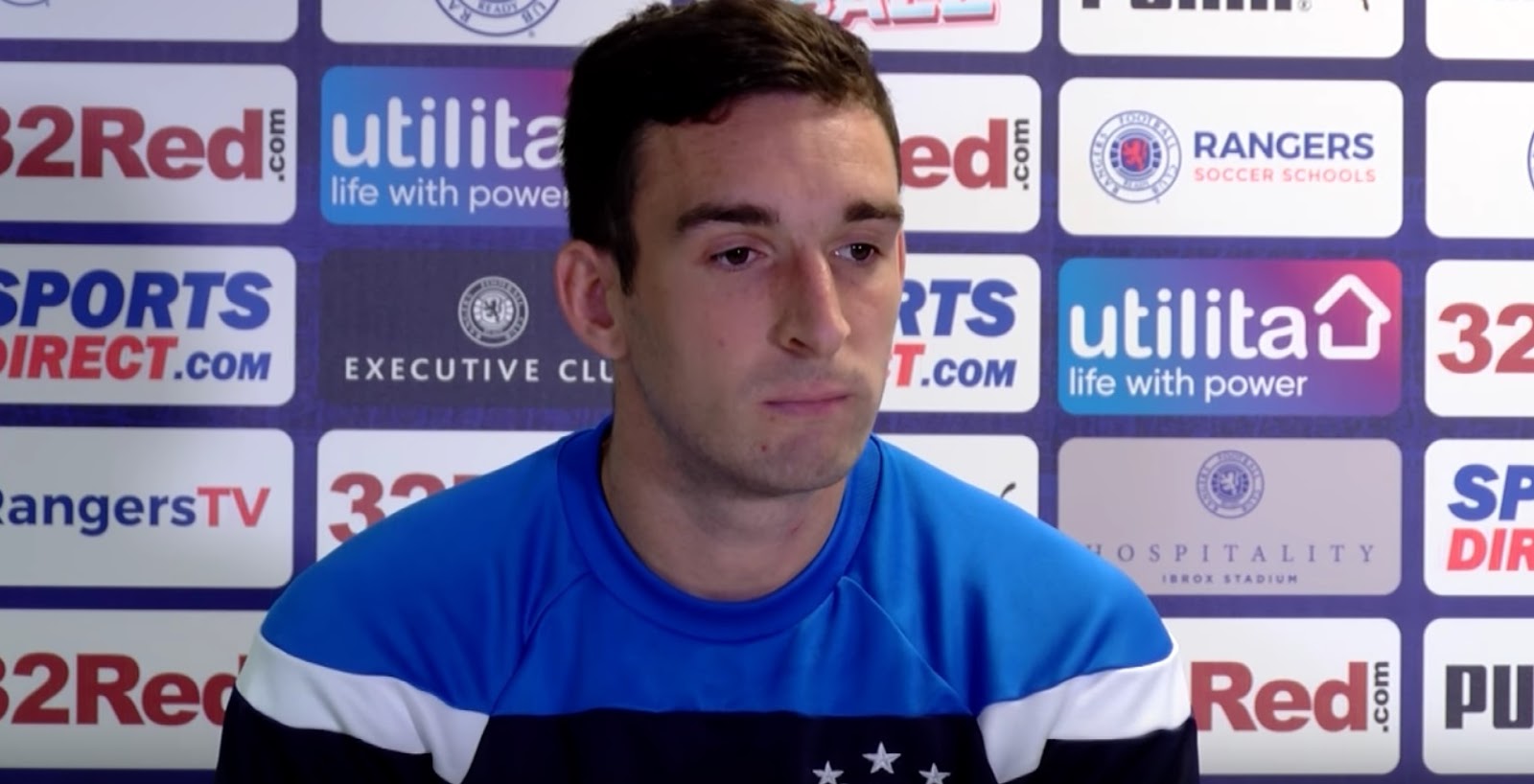 In a scene more reminiscent of a court room drama than a Rangers press conference, media PR chief James Trayner was required to slap the wrist of a journalist (who shall not be named) who tried to bog down the presser with more EBT nonsense.

Speaking about the upcoming trip to Firhill, Wallace expressed his satisfaction at how things appear to be developing at Ibrox under Pedro Caixinha, and how form appears to be improving, only for said journalist to accuse Rangers of being liquidated.

“You’ve been at the club a number of years. What do you make of the wrangle between the SFA and the SPFL over the events that led…”

Wallace cut in with a “sorry?”

Before the hack repeated his question:

“You’ve been at the club a number of years. What do you make of the wrangle between the SFA and the SPFL over the events that led to the liquidation of the club?”

Wallace did not bite.

“I don’t know what that word means and I wouldn’t know anything about the situation you’re talking about.”

Before Mr Traynor cut in too:

“Incidentally, the club wasn’t liquidated. That’s quite wrong and there’s no point asking questions about that.”

On the day after Celtic get gubbed in the Champions League and the SFA and Aberdeen confirm the EBT nonsense should be closed, some hack with an agenda tries further to keep his lot out the paper by ensuring nonsense with Rangers gets more import.

Good on all for not rising to this and if anyone needed any idea of the agenda Rangers often have to tolerate, there you go.