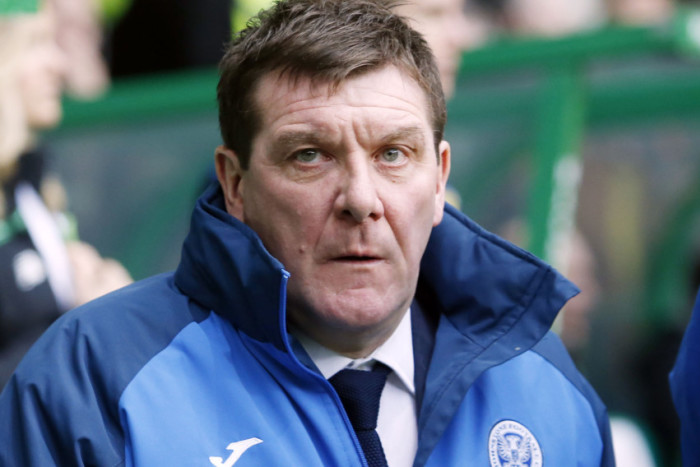 We at Ibrox Noise like to be honest – to take the frequent backlash for our views on the chin, because we just love our club so much we genuinely are not interested in the criticism we take. We know it is out there, but we do not give a damn. If supporters in our fanbase frequently slaughter club legends like Barry Ferguson, Kris Boyd and of course Super, then we guess anyone is vulnerable.

But it is not like we want to be critical – we want to praise, and we take every chance we can get to do so. There just is not a lot to praise right now, and Tommy Wright, St Johnstone manager, a coach we respect at this site today has implied subtle agreement with our thinking.

Asked about the situation with Michael O’Halloran, Wright summed up, without saying, the problem the lad experienced at Ibrox;

“It’s all about man management”, he said.

“Do you think he was not managed right at Rangers?” came the reply.

“It wouldn’t be fair for me to comment on that, but I know how I would manage him.” He professed.

And therein lies the rub – what has happened with so many managers since Walter Smith that none of them can seem to blend Rangers’ dressing room in a way which keeps most players happy and gets the best of the lot of them?

Yours truly would love to see Wright as Rangers manager one day. Indeed he discussed how as a goalkeeper during his playing career, he was able to study defence more than anything and sitting behind them could see how they lined up, the organisation of it, and how to position each player to get the best out of them.

And how he has now taken that into management and made St Johnstone a very hard team to beat in the SPL indeed – the modest Perth side have a 100% win ratio this season including that resurgent Michael O’Halloran, while Pedro tells us to take positives from drawing 0-0 with Hearts, that we are ‘progressing’ then proceeds to smear a £500,000 club asset just like he did with Barrie McKay.

If Wright is canny and respectful with the comments, Caixinha appears to be the absolute opposite.

Pedro seems a decent guy, but today got a lot of Bears’ backs up and disappointed and angered many of us. And then we see the smart views of Wright on the same topics and one really wonders what might have been.