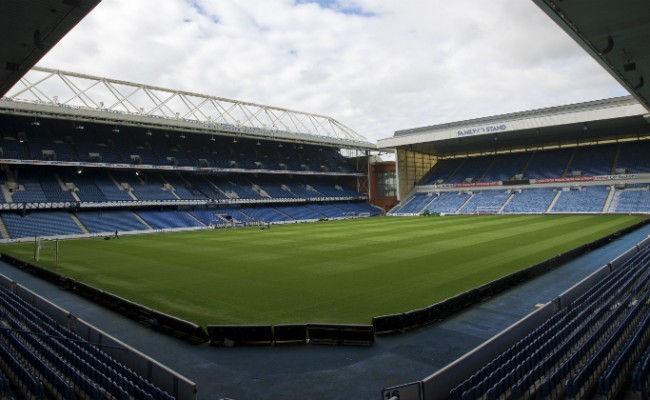 If one thing has stuck out over the past six years since Ibrox Noise started, it is the evolution and change in our club during the same time.

Our very first entry all those years ago was espousing the virtues of Steven Naismith following his injury, and how he was essentially three players in one which Ally McCoist had to figure a solution to losing. That was November 2011 and an incredible amount has happened since then and Ibrox Noise has been with you through all of it.

The present day dichotomy we are seeing more and more is a painful and irreconcilable paradox between three unalienable and entirely opposing concepts, all of which combined have made Rangers and its support a frankly strange place to be.

Do not mistake this as negativity – we still love our club, and we still support our club, but what Rangers are is now a bit more of a debate than it once was.

When an announcement earlier this summer confirmed a trip to Hillsborough to face Sheffield Wednesday, the reaction from fans of our upcoming opponents was something previously unheard of from English fans about Rangers – borderline derision.

Once, where Rangers were a massive draw for any English club, including the best that country has to offer, we have been reduced in their eyes to Scotland’s third (or worse) best team, and I will tell you, that is hard to stomach.

And it all stems from that earlier paradox Rangers are currently embroiled in:

Where Rangers should be.

Resignation to the former but expectation of the latter.

Right now, quite simply, where we are; Rangers are a hopeless team with a weird manager and we are some way off third place in Scotland. That is the brutal, cold, hard reality right now of what this team and manager is. By the absolute pure logic, Ibrox is too big, our support too enthusiastic and expectant, and the scale of merchandise does not reflect the fact the club simply is not where it used to be. Leeds remain the classic comparative example – still with a massive stadium of over 37,000 but only 15,000 season tickets sold at the time of writing. Less than half, because their team just is not good enough and they have fallen a mile from where they used to be nearly two decades ago and fans have gotten used to it. Meanwhile Rangers have sold 40,000+, an incredible number because…well, our fans have not gotten used to where we are.

The second part is where we should be. Rangers fans still expect Rangers to be Rangers – to be the best team in Scotland or at least fighting tooth and nail with Celtic for the honour. Rangers are steeped in Scottish and Glaswegian culture as one half of the Old Firm coin, a coin which dominates Scottish football. Rangers should be signing the best players in Scotland and even a few of the best from England and cherry picks from overseas. We should be building a team completely jam-packed with excellent internationals; our last team before 2012’s exodus did not feature a single player who was not a multiple cap for their country. Now finding players who do have caps in Rangers’ average XI has become a challenge.

And the third part is the real worry – the painful and imbalanced relationship between expecting Rangers to be best, and accepting they are not, and in fact are miles off it.

Back in the day Rangers had the great Gary Stevens, Alan Hutton at RB, or even Paolo Vanoli. Now some of us actually try to justify a Wigan failure as being good enough to play for the Famous. Back in the day Richard Gough and Terry Butcher marshalled the back line, these days we try to see the best in Portuguese guys we have never heard of or worse; Rob Kiernan.

There is an impossible irreconcilable barrier which causes us to expect rubbish players to be good enough to play for our club – an attempt at bigging up mince like the now-departed Waghorn, Tavernier, Holt and on-loan Halliday. All of these guys are decent fellas and they are honest pros, but at one time or another a significant portion of fans have attributed ability to them they simply do not have. Ibrox Noise is as guilty as anyone, such as expecting Jason Holt to be good enough for the SPL for heavens’ sake.

And this causes the new-found ‘Let it Gel’ or ‘Give it Time’ brigade whereby we seem to think a manager or player needs a full season to prove their worth. Guys, Bayern, with a manager of the calibre of Carlo Ancelotti, have ditched Renato Sanches because he was poor after a few months and ended up having a garbage season – do you really think we need a full year to know how good certain players or managers are?

It is reasonable to afford new blood a month or two to bed in, but after that we are just making excuses for substandard fare.

Because football is an impossible emotion and there is simply no accounting for the logic any of us have in it.