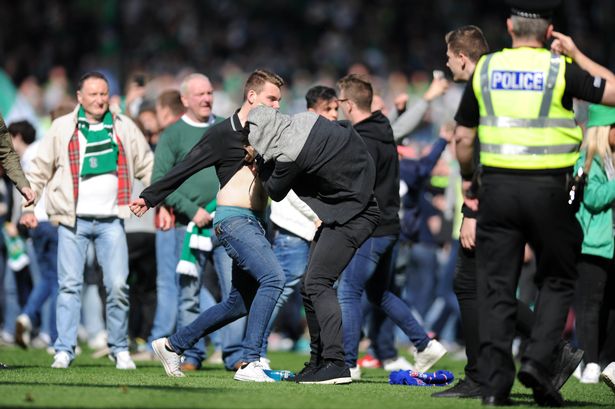 Rangers face Hibs today in what probably counts as the first serious test of the new season. While the result in Luxembourg was a disaster, it should not have happened against such a poor side, and Hibs represent a significant step up in quality, on a level of serious competition.

With the Easter Road men coming to Govan, Ibrox Noise decided to take our readers on a trip down memory lane as to where this new-found rivalry derives its origins and just what all the subplots and fuss are about, exactly.

For two seasons in a row Rangers faced Hibs in a new rivalry down in Scotland’s second top tier. As the second best while Hearts were there, then the best then second best thereafter, with Hibernian’s predisposition towards all things ‘eastern’ and their evident dislike of all things Rangers, it began a new rivalry with both teams at similar levels of ability. This in itself produced a tonne of subplots but fundamentally a new rivalry was born with Rangers and Alan Stubbs’ men facing each other so much.

In August 2015 Scott Allan made a pretty poor career choice. But it followed months and months of a transfer saga in which Hibs simply refused to sell him to Rangers, spouting such nonsense that they refused to sell to a rival. Fans prayed for the transfer to happen, but after what felt like a lifetime of hype Celtic decided to sign him literally for sh*ts and giggles. Then-manager Ronny Deila admitted they had signed him to stop Rangers getting him. Allan became toxic in the eyes of both sides of the Old Firm – Rangers, because he had betrayed his boyhood team, Celtic because he was a Rangers fan. It was an ugly sordid affair out of which no one looked good and it added to the growing toxicity between the sides.

‘That’ cup final, the one Rangers should never have lost, but Hibs’ tenacity paid off and a late winner gave them their first cup in hundreds of years or something. Rangers were pretty poor that afternoon, and the greens took advantage – they have never stopped going on about it since.

Yeah, that will never be forgotten. Amusingly labelled by Hibs’ Rod Petrie as ‘over exuberant’, Hibernian fans stormed the pitch at full time, assaulted Rangers players, remonstrated with Rangers management and even staunch Celtic man Andy Walker was disgusted by them. It was a true maelstrom of chaos that afternoon, in which many Rangers fans feared for their safety. It feels like some time ago but must never be forgotten.

Long-time adversary Lennon is now Hibs manager, and in defence of him he has actually been fairly dignified in the lead up to today’s encounter, but the circus surrounding him and his relationship with all things Rangers adds a certain extra spice to this afternoon in case we needed more.

He scored the winner in ‘that’ cup final and sure enjoyed it. We were not sure if we should add him to this list but end of the day he denied Rangers a trophy and he will be at Ibrox again today. I am sure he will receive a warm welcome. Speaking of warm welcomes…

Oh boy. Here is a guy who sat next to Naismith and while not as outspoken, became damaged goods in fans’ eyes – he made a lot of enemies that day and few fans wanted him back even with time healed. Admittedly this was based a lot on his ability as much as his history, but nevertheless some wounds do not heal. And to make matters worse, naturally outwith Celtic and Aberdeen, he has switched to a team supporters intensely dislike. One wonders if he might get a worse reception even than Lennon himself.