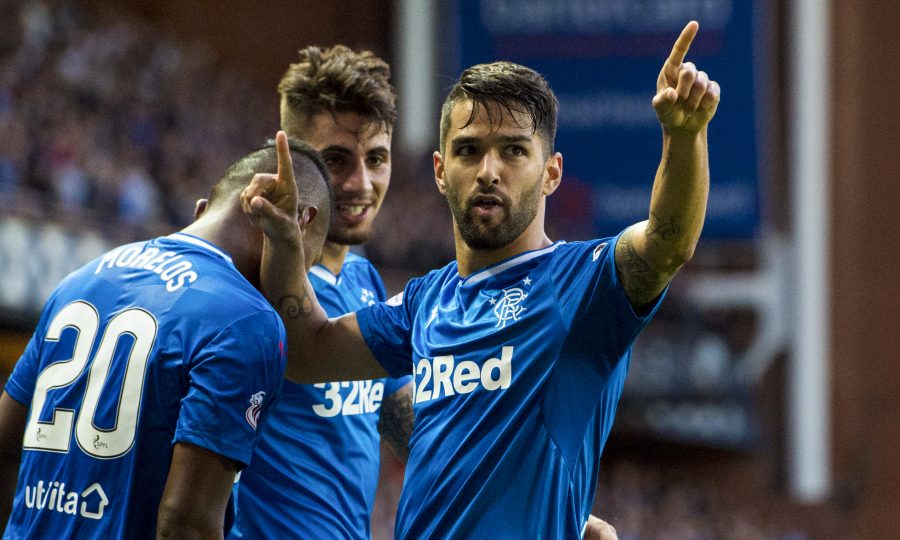 There were definitely signs against Motherwell that Pedro Caixinha’s Rangers were on the right track. While the overall performance was not quite magical, there were hints of a combination of good football and the will to win – the match could well have been a loss, but the fact that it was an away win bode well for the direction Rangers were going in.

Indeed, the trio of pre-season friendlies had given us a huge boost too – perhaps a slightly artificial one in light of their being friendlies, but nevertheless two wins and a draw against three very good teams was great for morale and showed Caixinha’s vision might be coming together.

Well, Dunfermline last night was about as emphatic as it gets. This was a sweeping and colossal win, and frankly an easy one, against the quality of side previous Rangers teams had a nasty habit of making look good.

From the first minute it was press attack defend and that did not let up till the final whistle – indeed, my colleague Greg Roots summed it up quite nicely – it felt like old Rangers.

While Dunfermline are not one of Scotland’s marquee teams, Rangers have been making such lesser teams look so much better than they are – well there was none of that.

The team selection was close to what the site brought you. Four changes and not the continuity many fans were demanding. Rossiter, Alnwick and Morelos got their starts, Windass continued, and Tavernier returned to right back. Naturally the loss of Wallace pre-match was an enforced change but Rangers were certainly no weaker for it – his late replacement Lee Hodson put in a much better shift than he had against Motherwell, and he and many other factors were why Rangers struck Dunfermline for six.

From Morelos’ tank-like hold up play (he was a target from the first whistle and got fouled more off the ball than is technically acceptable – his two goals were apt revenge), to Alves’ smooth defensive organisation (looks like he is indeed getting up to speed as we suggested he would), to Tavernier’s rampaging attacks and improved defending, Dunfermline were not in with a sniff and this performance and result will have annoyed a lot in Scottish football who expected the usual bland score in a fixture like this.

But we have to single out the increasingly impressive Fabio Cardoso for praise – it was Alves who arrived with the hype but it is Cardoso who absolutely fits the part of a Rangers defender. Not that Alves does not (ooft, that free kick), but we expected all this and no less from him. Cardoso was a slightly less known quantity and is looking every inch the worthy partner for his fellow countryman.

These two are a quite astonishing upgrade for fans used to Cribari, Kiernan and Cole.

In midfield though Rossiter sadly remains maybe a little off the pace. The wee guy is doing the right things, asking for extra game time with the youths and being a total pro – but a year out has taken its toll and he needs a few more matches to regain full sharpness for this level.

But outside him the wingers had another field day – Candeias and Windass rampaged for most of the match, Windass especially, and Candeias’ free kick managed to be better than his countryman’s.

Miller was guilty of a little slack play now and then, but Alnwick in goal will not have had a quieter match in his career.

It was a fine workout and gave Rangers and our fans yet another boost going into a tough fixture with Hibs at the weekend. 21 shots to 5 gives some idea of the gulf last night and with Lennon’s side also enjoying a winning start, Rangers will need to take the momentum into the weekend’s clash.