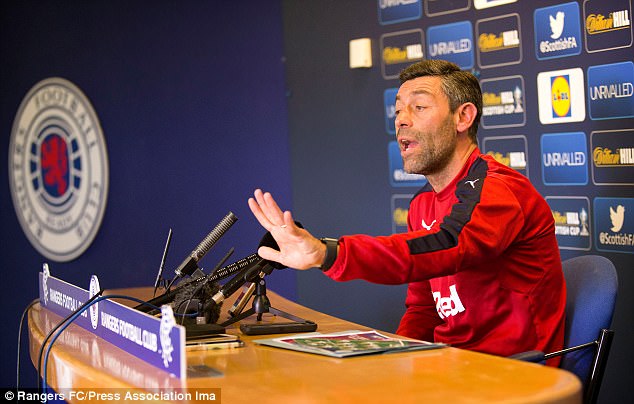 Rangers manager Pedro Caixinha has confirmed today that transfer business is anything but done for this window, but has refused to be drawn on the most high-profile target, Jamie Walker.

The Portuguese was giving his pre-Fir Park presser and admitted the search continues for further quality players to bring in before the August 31st deadline.

“The transfer window is open, we are always thinking about it. We draw in the transition period between this season and last season. We know what we want. So that’s what really matters.”

But when pressed on the ongoing Walker saga he refused to comment:

“I’m not going to talk about names, because I’m principled and I’ve learned not to talk about other players, or players from other teams.”

Equally when asked if he would be expecting to challenge Celtic and Aberdeen, he said:

Maybe not exactly the best wording, for Rangers fans who expect absolute bare minimum of second this season, but equally for Rangers to get back to the top it does have to be a building process and that will only come by credible performances and results in the majority of matches.

But thankfully the boss is not content with the squad and is always looking for further players. Hopefully anyone else secured will be of the quality Rangers are continuing to build towards.