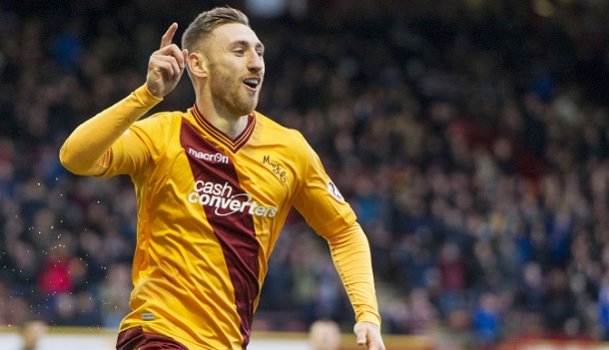 Long-term Rangers transfer target Louis Moult has today refused to sign a new deal at Motherwell, sparking speculation a move could be imminent for the English striker.

While the Steelmen are adamant he will not be sold, they risk losing him for nothing next summer unless they do, and with Rangers strongly linked for weeks now with an interest in his services, the plot certainly thickens.

Moult was a standout performer during Rangers’ opening match of the season at Fir Park, and while he did not score, he was a constant nuisance to Rangers’ prized central rearguard and got the better of Portuguese Bruno Alves on a number of occasions.

Indeed, Pedro and his management team were at Hampden last month to take in Moult and Motherwell during their League Cup win over Queens Park prior to Rangers’ meeting at Fir Park.

Any sale though would depend on Rangers bidding enough, enough to persuade Motherwell to make the quick transfer rather than get zip in a year.

But as said, they are reported to have stuck to their guns with a refusal to sell; whether the colour of Rangers’ money will change that remains to be seen.