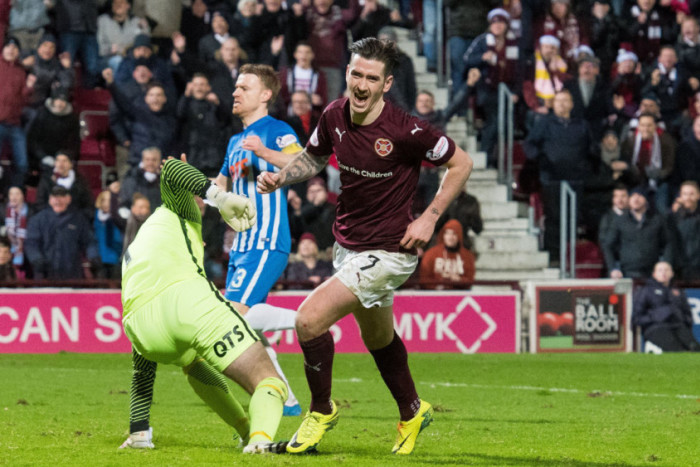 Bears of many vintages know only too well what summer transfer sagas are like. Only this summer we already experienced the Graham Dorrans epic which thankfully got resolved before it turned into a circus. And summer 2015 saw the Scott Allan soap opera run forever without a happy ending.

Even further back some fans will remember the Derek Riorden tale, which saw derisory bids rejected by Hibs (aye, them again) before he eventually ended up a Celtic player (recurring theme, that). And of course another Old Firm tug-of-war ended up with Nacho Novo saying no to the … them before finally joining Rangers all those years ago.

But this Jamie Walker saga has threatened to overshadow the summer window at Ibrox, with, at the last count, a confirmed three bids rejected and speculated fees of around £600,000 dismissed by Ann Budge and her band of merry men.

The latest in the yarn is ex-Ranger and current Hearts interim boss Jon Daly has confirmed after his star player’s head dropped recently, that he is now back in the game and is ready to face his boyhood heroes. The former Rangers striker said:

“He’s focused and he’s trained really well this week. We just need more of the same from him and he’s back in contention for the game against Rangers.”

It has been speculated that Walker would be switching to Ibrox at the tail end of this month – with Hearts playing hardball over the fee but refusing to sell until he had at least faced his (impending) new side – and increasing claims are being made that Rangers are set to submit their latest bid for the 24 year old this week, possibly with a mischievous eye on the weekend’s fixture.

The bottom line is this story has been going on for weeks now, and reminds yours truly very much of what happened with Scott Allan – he faced the team he wanted to join, and looked desperately conflicted at the end of one particular fixture against Stuart McCall’s men when evidently appearing more at home with the opposition than he did with his team mates.

Hearts appear to be trying to set up a similar awkward situation for reasons best known to themselves – it is ok to ditch the lad for other matches (like against Celtic) but he has to face Rangers?

End of the day though he is their player and they pay him to play for them. But honestly it really is an absolute toss up as to whether Rangers will secure him or not.

From what we understand there has been no progress for weeks. We hope sincerely that changes.