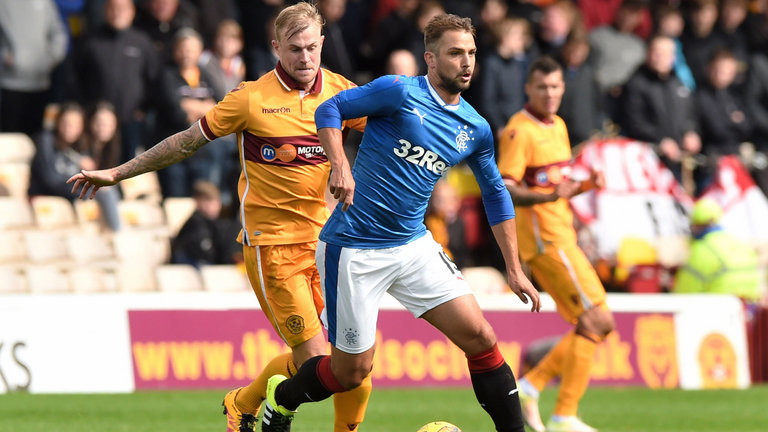 Bears of a certain vintage will know that even the worst starts have been overcome in a season and the side prevailed victoriously.

89/90 started woefully. St Mirren came to Ibrox and won, decking Chris Woods out for a month in the process, before Rangers got equally gubbed at Andy Goram’s Hibs a week later. Indeed, Celtic were top after match two, and Rangers were rock bottom.

It was not until the first Old Firm clash of the season at Celtic Park that Rangers finally stuttered into life with a world class bullet header from Terry Butcher which earned the travelling support a point.

Thereafter Rangers went onto win the title and the rest as they say is history.

So yes, a bad start does not always mean a bad end. But Rangers went into 89/90 as the justified champions, aiming for 2IAR – these days the climate is a wee bit different.

So we do urge a slight air of caution about the next comment, but nevertheless there is just a slight feeling that Sunday’s season opener against Motherwell is one of the most critical opening days in as long as we can remember.

With last season’s woes still fresh in the mind, and this being Rangers’ third competitive outing of 2017/2018, there is a distinct amount of pressure, something captain Lee Wallace not only admits, but welcomes. He wants that pressure, that pressure to perform, to win, and while he attracts some ire from some sections of the support in context of his captaincy, these comments are from a True Ranger.

And Sunday is pressured – make no mistake. The friendlies have been so encouraging of late – us fans buying into what our Portuguese manager Pedro Caixinha is trying to do – with two wins and a draw, it is a far cry from the first half of summer with losses to Niederkorn and St Johnstone to wallow over.

So we travel to Fir Park and quite frankly if this Rangers team is to fulfil the cautious promise it has shown recently, it must win, and it must win convincingly.

I do not demand 5-0, although that would be nice, but a solid victory by a side who have a clear plan and play with an evident ethos is the least the support deserves.

Start off on a bum or underwhelming note and it is back foot already. Rangers fans have suffered enough, and now have something akin to the birth of a team we can start to believe in – we are investing in Alves, Cardoso, Dorrans, Jack and Candeias – they have all really impressed the support, and Pedro’s turnaround has equally got some doubters thinking again, including ourselves.

But anything less than a good win on Sunday and that welcome pressure to perform becomes unwelcome demands and frustration.

We hope we have plenty to cheer about come full time.