This weekend sees more than a few subplots at Ibrox; Jamie Walker set to start against the side he wishes to join, manager-less Hearts trying to kick-start their season; but the one we will focus on today is the return home of one of Govan’s most controversial sons: Kyle Lafferty.

The guy sure gets Bears talking – a clear Bear himself, he had a reasonable time of it down south, following odd spells in both Switzerland with Sion and Italy’s Serie B with Palermo, which led to a prolonged period at Norwich.

However once it became evident his time in England was drawing to a close, the inevitable links to Rangers began.

Indeed, on more than one occasion it looked very possible Kyle Lafferty was headed back – a controversial notion in itself given the nature of his departure. Not only did his character divide fans, but his departure and ability did too.

For every clinical display like the title win at Killie, there was a dive in another. For every match he worked hard, there was the disappointing way he left.

No one quite symbolises ‘maelstrom’ quite like this lad. 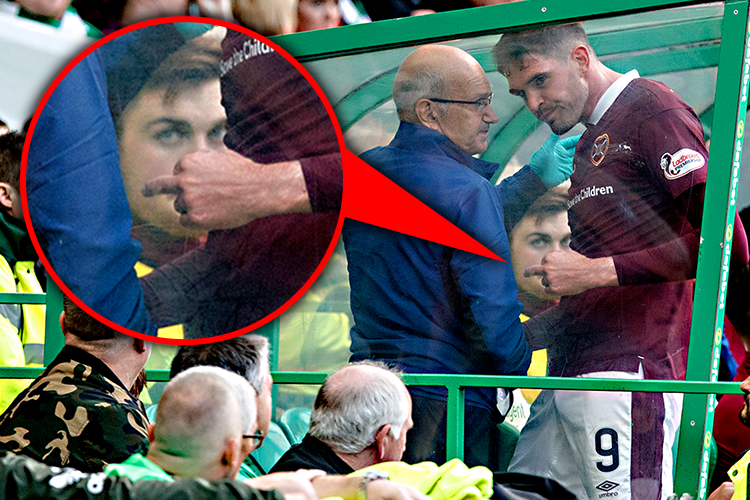 Yet for all the baggage, all the controversy, there is a nagging feeling for this author of ‘what if’.

Ibrox Noise ran a poll and the majority actually seemed in favour of his return. Instead, it was Hearts who secured him after alleged talks at Ibrox failed. Instead, we got Dalcio and Candeias while losing McKay – would Lafferty have been an asset?

If we look at his best matches at Ibrox, they were always in the striking position. Fact is the guy could score. Former manager Ally McCoist (as assistant) said in 2009:

“In my opinion, he will be a centre-forward and a good one at that. We’ve probably been a little bit unfair on Kyle by playing him out on the left. Sometimes you just try to get all your goalscorers on the park so you can get more goals from all areas. Maybe that was a little unfair on him, although he did score at Tannadice. He looks more at home through the middle, with goals against Hamilton and Hearts, and I thought he played well in the game against Celtic through the middle in the second half.”

And while McCoist’s own managerial record at Ibrox remains a toxic subject to this day, on this point we have to agree.

With Rangers’ options up front a little shaky, and the doubt over whether Dalcio and Candeias will work out, a free signing like Lafferty could have been a pretty risk-free investment.

Yours truly hopes he gets a decent reception on Saturday. He is not a bad soul, just maybe a bit of a daft one. But that said naturally we hope he has an awful match, because a Lafferty on form could definitely do some damage.