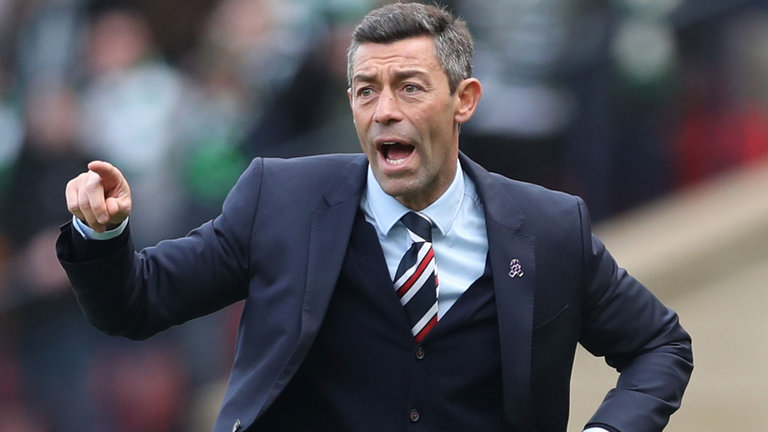 It is early in the season but us Rangers fans are a demanding lot so assessing things as they stand presently is not a complete fool’s errand.

We have had numerous pre-season friendlies, plus five competitive matches – a total, if we include all closed-door matches, of 12 fixtures. We have had moments, like the trio of ‘glamour friendlies’ where even this site was starting to buy into Pedro Caixinha and his vision of the squad, but we have had mixed performances elsewhere, hence taking a little look at the SP and trying to make sense of it all. We feel a dozen matches, friendlies or not, are a reasonable number to start from.

So, what is the overall picture? We would have to say, at this early stage, very patchy indeed.

Fan reaction to the loss against Hibernian has not been the generous ‘give it time’ response previously afforded, and the one the site expected.

Instead, many fans have voiced serious concerns both on our site and elsewhere about exactly what we saw on Saturday, and earlier optimism gained from results like a comfortable win over the Owls seems rather diminished.

A worrying concern is the fact that despite signing a new central defence, we appear exactly as frail as we did last season. Our goal difference backs this up – four scored, four conceded. As great as Fabio and Bruno looked in pre-season, and as in sync as the fullbacks started to seem at the same time, it has unravelled a touch and with only one truly convincing competitive performance so far of five (Dunfermline) there are a few concerns that defensively we remain utterly vulnerable at present.

To be constructive, it is a brand new defensive partnership which has only actually featured in three serious matches – if one area of the pitch requires continuity in order to gel, defence is certainly it. So while the pairing is looking curiously unconvincing, hopefully in time it will start to reassure. Ergo it is an entirely new defence – when you replace two defenders, you essentially start again – Lee Wallace, Lee Hodson and James Tavernier have a whole new ethos to learn, with new guys in the middle to work with. Hopefully in time it will begin to click.

Midfield is patchy – Ryan Jack has looked robust and reliable in some matches, but a bit quiet and anonymous in others. He has also allowed a couple of attacks to go right through him, and has been significantly at fault for a goal or two. He has worked hard to do his best, but as yet we have not seen him in full flow.

His partner Graham Dorrans has been mostly impeccable. A few fans felt he did not have his best match on Saturday but in general he has been the summer’s best signing. It is hard to fault his contribution and it feels ugly to be critical.

And the wings have seen some fluctuating displays. While Candeias works hard and gets the balls in, whether for lack of understanding or sheer inaccuracy, they often come to nothing. But he defends well and has formed a decent duo with Tavernier, and has a heck of a free kick on him – one direct goal and one assist is testament to this. We are not quite 100% convinced by him yet but it is early, of course.

On the other side Windass tears the pitch up like the hybrid son of Ronaldo, Neymar and Messi, then just disappears after 30 minutes. The lad needs to get his consistency up, because a match is 90 minutes long. It is pretty evident why we want Jamie Walker so badly. This is not to brutalise Windass – when he is good he is great; we just need more of that. The signing of Portuguese winger Dalcio currently appears a bad move altogether – now AWOL from match day squads, lambasted the few appearances he made, the young attacker has not started life well at Ibrox. But not every signing can work out and we definitely needed new blood on the wings.

And up front Alfredo Morelos is starting to look the business. Quite a tank (he is nicknamed Buffalo) he has strength and can hold play up. That scouting report published about him recently was surprisingly accurate. And the fact he is now freely scoring justifies Pedro’s faith in him. But his Mexican ‘partner’ (they have not actually properly played together yet) Eduardo Herrera has been a disappointment thus far. While he worked hard to impress in the friendlies, he appears out of sorts in the competitive matches. He does not score, he barely shoots, and one wonders if his role in the team is suiting him.

And of course Kenny Miller – the guy is in middling form (just one goal and one assist in five competitive outings), but when we dared to suggest this a while ago while actually defending his integrity, contribution and commitment to the cause, we got a lot of stick as a ‘hater’. We are far from that, and indeed have strongly preached his importance, but he does seem completely untouchable at present – for right or wrong.

And as for our manager? Well it is hard to know right now. We were convinced he was the wrong man previously, and when he started looking like he had a plan we allowed ourselves to buy into his ideas. We have not completely given up on those and we do like his willingness to play 4-4-2, but he is going to a back three in every match late on now, regardless of the score, apparently to ensure he gives Danny Wilson minutes. It seems a little unnecessary.

He does seem to have his men playing good football for 30 minutes but if/when there is a set back, it seems this Rangers team (and manager) have no answer – the fire in the bellies goes out, the fight extinguishes, and there is just no recovery. Many would point to the fact we won after a set back against Motherwell, and we did – but it was a penalty, and it was Motherwell. Still, there were signs in that one that we could fight back, and we have to hope Pedro can find a way to cultivate the good from that gritty response and make it tell for matches with greater gravity.

We should point out he has received a little stick from some quarters over his media performances. We will admit they are very… ‘different’ to what us Bears are used to. Different does not mean bad, but someone really should give him a few pointers as to more suitable comments at times.

Rangers right now generally are not really that far from where we were last season. We feel like we have better players, but the results are the end currency and sixth place with a 0 goal difference is not overly inspirational. In time the table will normalise, and Rangers should creep up, but there is a nagging feeling for every step forward we might take, we might end up going backwards with another.

A victory on Saturday, and a convincing one at that, would be a great help in settling things down. But the Jamie Walker circus will be the talk of the match, unfortunately.

There is something to work with here. There is. It is just whether the players and the manager can find the right formula to get this stuttering machine into proper action.

We hope they do.