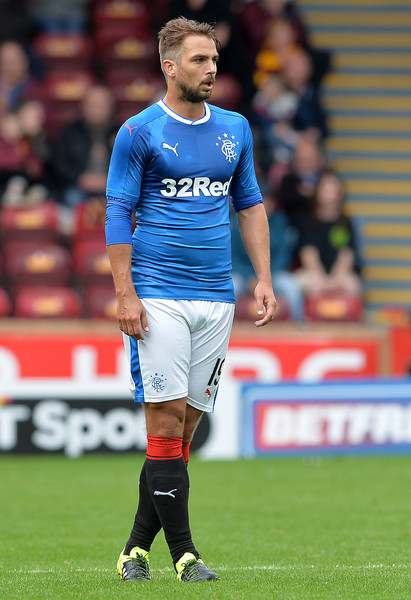 There is no denying Niko Kranjcar’s class. He has shown it time and time again in his career. His vision, accuracy, intelligence and all round flair have been exceptional assets to him and the teams he has plied his trade with.

Following Sunday’s performance at County though, questions are being legitimately being asked of him and his role, and just how we can get the best out of him.

From the beginning his fitness has certainly been a concern – not just his resistance to injury but his actual match fitness before being dead on his feet. Getting a full 90 minutes out of him has become something of an elusive objective, the Croat only managing to last the full duration for two matches since he arrived – neither being a league encounter.

But there is little doubt when he is on his game he is the kind of magic Rangers need – he can unlock many defences with a killer pass or two, and aside him Pedro Caixinha really does not have another player he can call upon to read the game in the way Niko can.

Following his disappointing display in the north of Scotland, some fans reacted with displeasure, questioning his fitness, mobility and commitment. And it certainly was not Kranjcar’s most illustrious hour, but who else do Rangers have right now who can see that little gap in the defence or create a little bit of magic?

Kranjcar might not have produced consistently since he arrived but it is always in his locker – even though they were friendlies, Niko was able to rake out some radar passes over 50 yards in the fixtures against the likes of Marseille. We know now that those team performances were not worthy of judgement, but whoever the opposition is and whatever the circumstances of the match are, an accurate 50 yard pass to a running receiver is an accurate 50 yard pass.

But we have seen since the league action began in earnest that Kranjcar has struggled to find the space or time to produce that level frequently against the best Scotland has to offer.

His display v Niederkorn was undeniably impressive – a competitive match in which he ran the show for half an hour. That kind of lock picking (his assist for Miller’s striker was pinpoint and quick thinking) is a real plus when he is in the zone.

But Rangers’ system is probably not suiting him. Caixinha did admit that Kranjcar’s role is to be on the wing and cut in to play more centrally, but if there is one thing Niko struggles at, it is mobility. He is not physically quick and he cannot cover 20 yards at the drop of a hat – hence for him to thrive requires willing runners around him to drag defenders away and create space and time for him to do the damage.

As it is now, Kranjcar gets mostly suffocated out of matches, which makes him look lazy, uninspired and unable to make a difference.

If someone like Niko just wanted a payday, and wanted to be a mercenary, he could have remained in a cushy USA gig with the Cosmos or got some high-salary slot in the Middle East to round off his career.

That he picked the hustle and bustle of Scottish football with a pressured role at Ibrox with probably a reasonably modest salary suggests this guy’s commitment is unlikely to be in question.

It is just whether Rangers can get the best out of him. We hope we can.