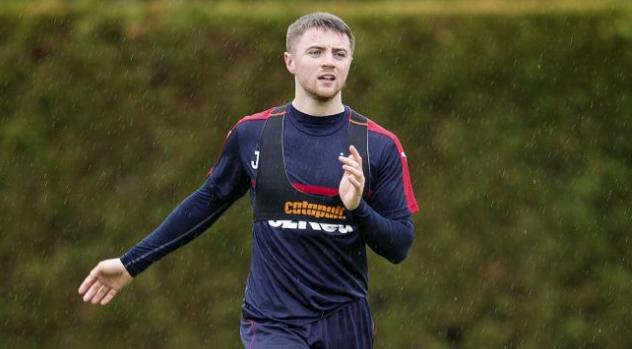 Article by: Ibrox Noise
Following essentially a year out
with back injuries, the sight of Jordan Rossiter’s absence from even the bench
certainly raised a few eyebrows today before Rangers’ hard-fought 2-1 win at Fir Park.
The young Englishman has been
beset with niggling problems emanating from fundamental back problems – he saw
a specialist in February and it has seemed like the former U19 England captain is
returning to full fitness.
However a disjointed pre-season
in which he played some part but not all and today’s complete absence from the
match day squad is slightly worrying for those of a Rangers persuasion.
Further questions have to be
raised about the lad’s future in light of his appearances for the youths of
late; he reportedly asked manager Pedro Caixinha to let him travel to Nuneaton
for the youth gig the Academy is playing, and scored against Wolves – promising
for fitness, but his motivation was purely to get playing time.
And his absence from the bench
and no real equivalent replacement does suggest issues about his prospects at
Ibrox.
With Ryan Jack cementing Rangers’
defensive midfield slot while partner in crime Graham Dorrans takes the more
dynamic midfield role, Rossiter may struggle to find himself regularly used as
things currently stand.
There are of course match fitness
aspects in question as well – with him being so ring rusty from a year out, the
lad does need time to get up to speed. But then, he played the majority of the
UEL qualifier so maybe the fitness problem is not as stark as feared.
The boy is a talented young
player, but we do wonder how Pedro will fit him in – he showed dedication to
his club by insisting on travelling with the youths for their mini-tournament
recently, and that shows professionalism without complaint.
We hope the club can find an
important role for him because there is so much potential, and that is
potential we do not want to lose.