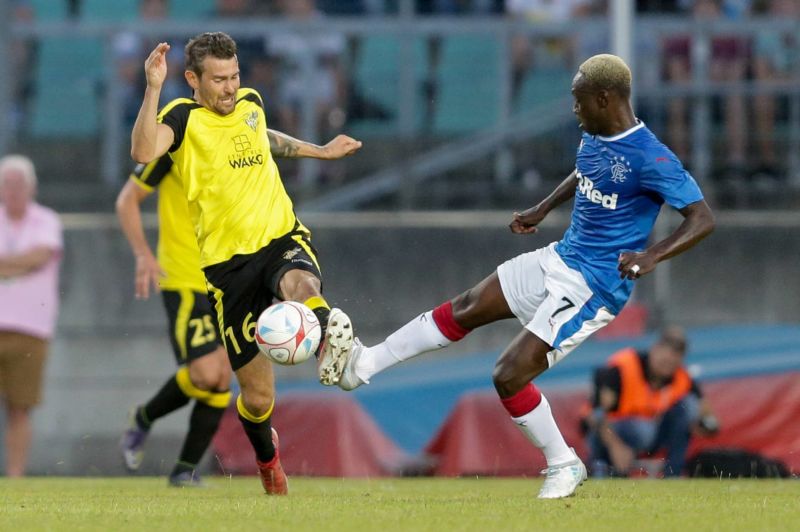 With last night’s breaking news that Rangers have reportedly secured a loan deal for Manchester City’s 19-year old winger Aaron Nemane, it is the first sign that Pedro Caixinha has formally conceded defeat in the hunt for Hearts’ Jamie Walker.

The Walker saga, which has protracted over the entire summer window, has become an excessive soap opera with failed bid after failed bid, and even the firing of then-coach Ian Cathro has done nothing to shift the balance in favour of Rangers.

Nemane, a product of City’s Academy structure, is the first fruit of Director of Football Mark Allen’s tenure, with the ex-City Academy chief pulling on his contacts to secure the attacker’s loan spell at Ibrox.

The deal for Nemane has not formally been ratified yet, and an announcement by Rangers has as yet failed to materialise, but it is only a matter of time before the youngster hooks up again with Allen.

The move for the 19 year old also pours a large bucket of cold water on Portuguese winger Dalcio’s chances at Ibrox. The ex-Benfica man has been disappointing since his arrival, and has borne the brunt of supporters’ frustrations during his brief appearances for perceived poor performances, and the attacker has played next-to-no role since the league began as a result.

Assuming the deal for Nemane is confirmed, it will leave Rangers with three wingers – Nemane, Candieas and Dalcio – and with the latter’s future at Ibrox in serious doubt as things stand, it really only leaves Rangers with a recognised two wingers, if indeed the Walker deal remains dead in the water.

Nemane would be Pedro’s 11th signing of the summer, with eight days left of the window.