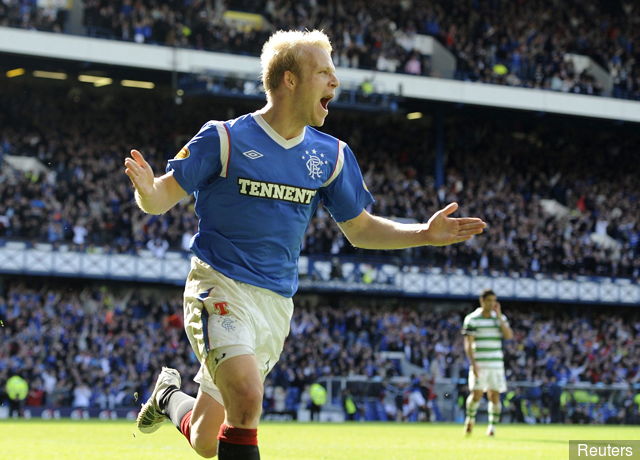 Rangers’ unofficial target Steven
Naismith has turned out for the Norwich U23’s. The striker has been linked all
summer window long and recent information alleged he had agreed terms in
principle with Rangers, with a personal commitment and desire to join, only for
the deal not, as yet, to be either confirmed or ratified on any official level.

But fans hoping that his
appearance for the youth team at his current employers against Burnley’s equivalent might suggest progress on that front
will be disappointed to know he likely only turned out for Matt Gill’s lads
because he is suspended for the senior side’s opening league fixture against
Fulham tomorrow.

There are also claims being made
by some that the deal to bring him to Ibrox is indeed on the table but manager
Pedro Caixinha is not convinced as yet that he is a player he wants or needs.
Either way, it does look like
Pedro’s final two captures could be two of Jamie Walker, Steven Naismith and
Kenny McLean.