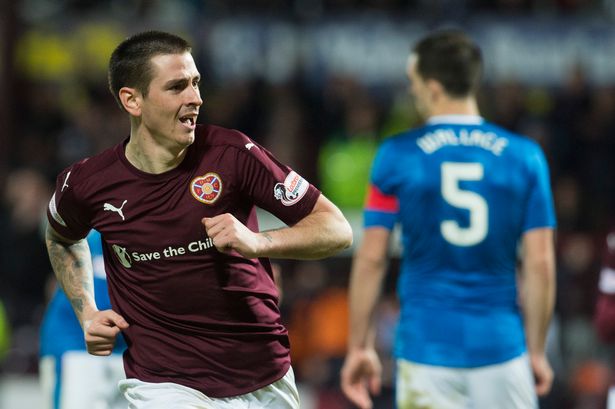 Following this summer’s latest long-term Rangers transfer saga in the pursuit of Hearts’ Jamie Walker is the latest link to Pedro Caixinha’s Rangers rebuild in the shape of former target Jamie Murphy.

The 27-year old Brighton flanker was on the Ibrox radar some years ago in his Motherwell days, and with the site professing the poverty in that area of the XI the fact another winger on top of Tynecastle’s flying machine is being focused on comes as a bit of a relief, if not quite the answer to all Rangers’ problems.

Murphy has had a fairly solid career in English League One and the Championship, and managed call ups to the national team on a few occasions, with sadly no appearances to speak of on top. But although his time in football has been restricted to SPL and English lower leagues, he is now at a Premier League club with Brighton promoted.

This admittedly probably increases his price somewhat or Brighton see him as surplus; unlikely given he played a heavy role in their promotion.

The winger is certainly in demand, with various other Championship sides said to be interested in him, including Sunderland, while Rangers’ old friends across the city are said to be keeping an eye on him too.

Meanwhile the Walker saga rumbles on and while Caixinha scouted him during the Newcastle friendly, Rangers appear no further on at the time of writing regarding making the bid that would secure him. Moreover, his manager Ian Cathro has been extremely vocal in claiming Walker will be staying and the situation is ‘fine’.

But in an ideal world Rangers will manage both because Lord help us we could use the quality.