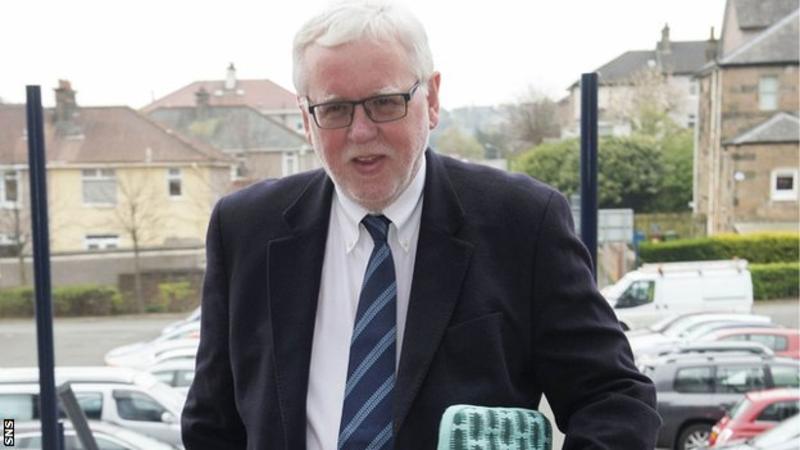 Outgoing SPFL chairman Ralph Topping, whose impartiality, intelligence, and honesty will be sadly missed, has effectively admitted that the review board who will investigate Scottish football’s rules and practises during the so-called ‘EBT Period’ (mostly focusing on the handling Rangers, of course) are unlikely to be as impartial as he.

The SPFL and SFA are to team up and compile an ‘independent’ review relating to the procedures the authorities used way back when, but reading between the lines, Topping has cryptically conceded that the ‘independence’ part of the equation will be hard to secure. He said:

“It’s important that you get people on the review body who are… neutral, and who are capable and willing to accept the responsibility.”

If ever someone was taking a passing shot at the endemic lack of impartiality in the Scottish game, this would arguably be it.

However he goes one further by pointing out that even if both associations manage to arrive at a body which is as neutral as it is possible to be, it still will not be ‘good enough’ for the sport north of the border:

“I’m confident working with our colleagues at the SFA that we can arrive at a review body which satisfies… most people. You won’t ever satisfy everybody in Scottish football. That’s the biggest given there is.”

This almost sounds defeatist, and Mr Topping is likely to be delighted he will be playing no part in the process.

Scottish football is so filled with agenda, bile, misinformation and petty-minded thinking that Topping admits half the battle is actually managing to secure a review body which itself is not riddled in bias.

Then even if such a board is assembled, not everyone will be happy with it anyway.

It does seem like a veiled garb at how entrenched Celtic and their interests are in Scottish football – that it will be extremely difficult to find a board which does not cede towards their agendas.

But equally one which really is centric is likely to wind up those that way inclined because a completely impartial board which caters for the widest range of views will probably come out with a fair result.

And that would be terrible.

Topping is a big loss to our game.