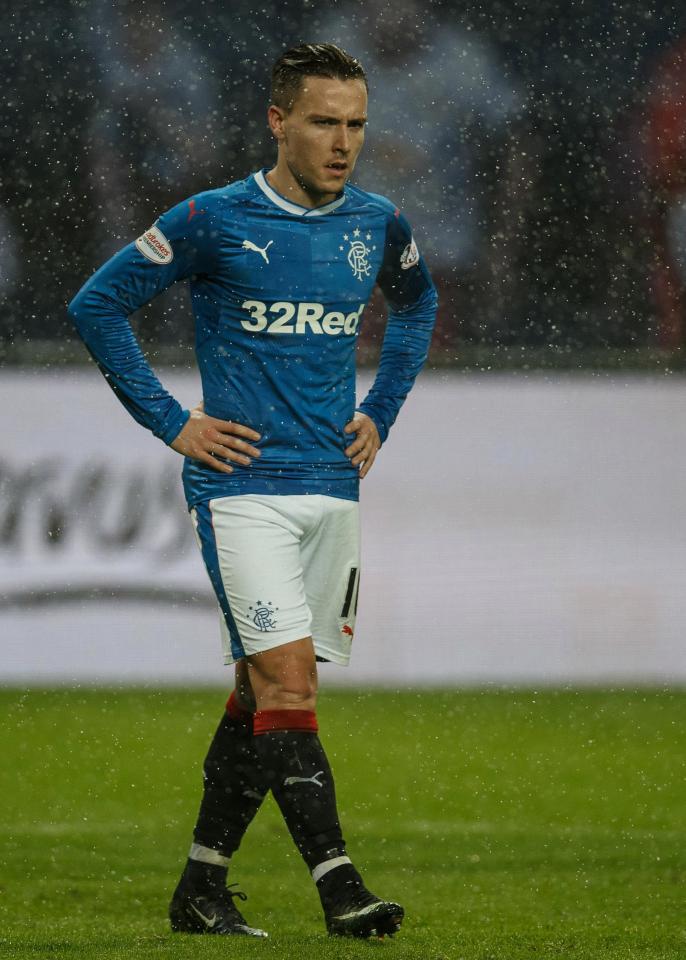 With it becoming increasingly plain over the past 24 hours that Barrie McKay’s time at Ibrox draws to an accelerated end, many Bears might be shaking their head wondering how it got this far, so quickly.

Only six months ago, despite an overall unimpressive maiden season in the SPL, McKay was ‘the future of Rangers’, the star winger Mark Warburton was going to build his team around, and he would be much better with much better players around him.

McKay had starred for Scotland, had scored ‘that’ goal against Celtic last April year, and a new contract was in the offing.

It looked to all intents and purposes that McKay was going to be the focal point of Rangers’ attack, with some fans valuing him at approaching eight figures and how he was essentially unsellable.

Fast-forward to July and a ‘bidding war’ between two lower English Championship teams has ensued for his services, with reports that the 22-year old will go for as little as six figures.

How did it come to this?

The first obvious sign of a deterioration between Rangers and Barrie McKay was in October 2016. McKay’s step up to the SPL had not gone well and then-manager Mark Warburton dumped him from the first team following a string of poor displays.

In McKay’s defence he did not complain, but buckled down and gave his all when on as a sub, and it did appear to be one of the bread man’s better management actions, with McKay producing more. He was recalled to the first team and did seem, briefly, to be over his form drop.

It did not last, and within a few weeks McKay was back to underwhelming. This time, however, he was not to lose his spot.

Not till the third sign, but we shall get to that. The second? His rejection of a wage increase and two year extension. True, it was reportedly the first offer on the table, but it was still an increase, and he got most fans’ backs up with his dismissal of a better wage and longer deal.

Some fans justified his stance as that players never accept the first offer, but the reality is McKay should have on this occasion. Having a poor season in the SPL, still technically only a ‘prospect’, he did not truly have a lot of negotiating clout and Rangers never gave a second offer.

As for that third sign? Pedro Caixinha. One of the first things the Portuguese did was freeze Barrie out, for right or wrong. It was evidently plain to anyone watching Barrie under Caixinha’s charge that the winger was not interested. His heart was not in it, his effort was down by 80% and frankly he was being a bit unprofessional. If you are reading, Barrie, and you disagree heartily – well, only you know what you feel, but you looked languid, disinterested, and you were barely running.

Barrie and Caixinha, for whatever reason, just did not gel, did not click, and McKay became the high-profile victim of the new manager.

And the final sign? Barrie’s recent ditching to the youths – quite frankly we have no idea why Pedro decided to completely damage the amount he could get for him by dumping him to the unders – he made it clear the player was not wanted or wanted to leave, and instead of cleverly getting word to clubs that he might be available for the right price, has instead made it quite clear he wants shot, ultimately damaging the value Rangers can get for a guy we once truly believed/hoped would be a multi-million pound player.

And here we are. There have been other minutiae in there too – the banning of green boots, as idiotic as it seems, appears more of a personal assault on McKay than anything else, given he was the main guy in the squad to wear that colour, much to the pantomime chagrin of a number of fans, plus the dismissal of McKay as a problem that Pedro conceded he ‘did not care about’.

But ultimately from the poster boy of the Rangers squad, for right or for wrong, McKay has been dumped into six figures and a potential inglorious career in the midranges of English football.

Truth is, a lot of Rangers fans will not even miss him. A sad end.