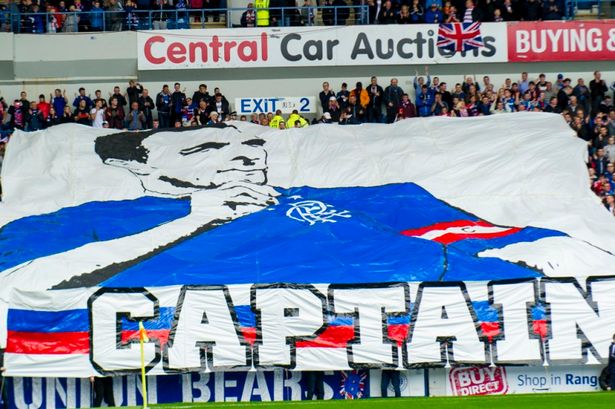 This subject has been rearing its (ugly?) head of late more and more. With current captain Lee Wallace receiving a lot of criticism for his captaincy and levels of communication on the field, many supporters and readers of Ibrox Noise have sought to point out how unsuited he is to the role.

It is a view the site has to share, unfortunately; for the respect we have for Wallace, for staying in 2012 and sacrificing the best years of his career for the club, and for all that he deserved and was rightly honoured with the captaincy, there is an increase in opposition to him retaining the position and canvassing of support in the direction of other candidates.

Fans seem to feel that while he is a decent sort and has carried himself honourably, Wallace’s captaincy should be handed to someone deemed more suitable – but who?

Well in our eyes the most obvious candidates would be Bruno Alves and Kenny Miller, while Ryan Jack would stake a claim too. There is even a left-field shout for Danny Wilson.

But who would you guys suggest? Or would you argue a case for keeping Lee Wallace on?

We would love to know.