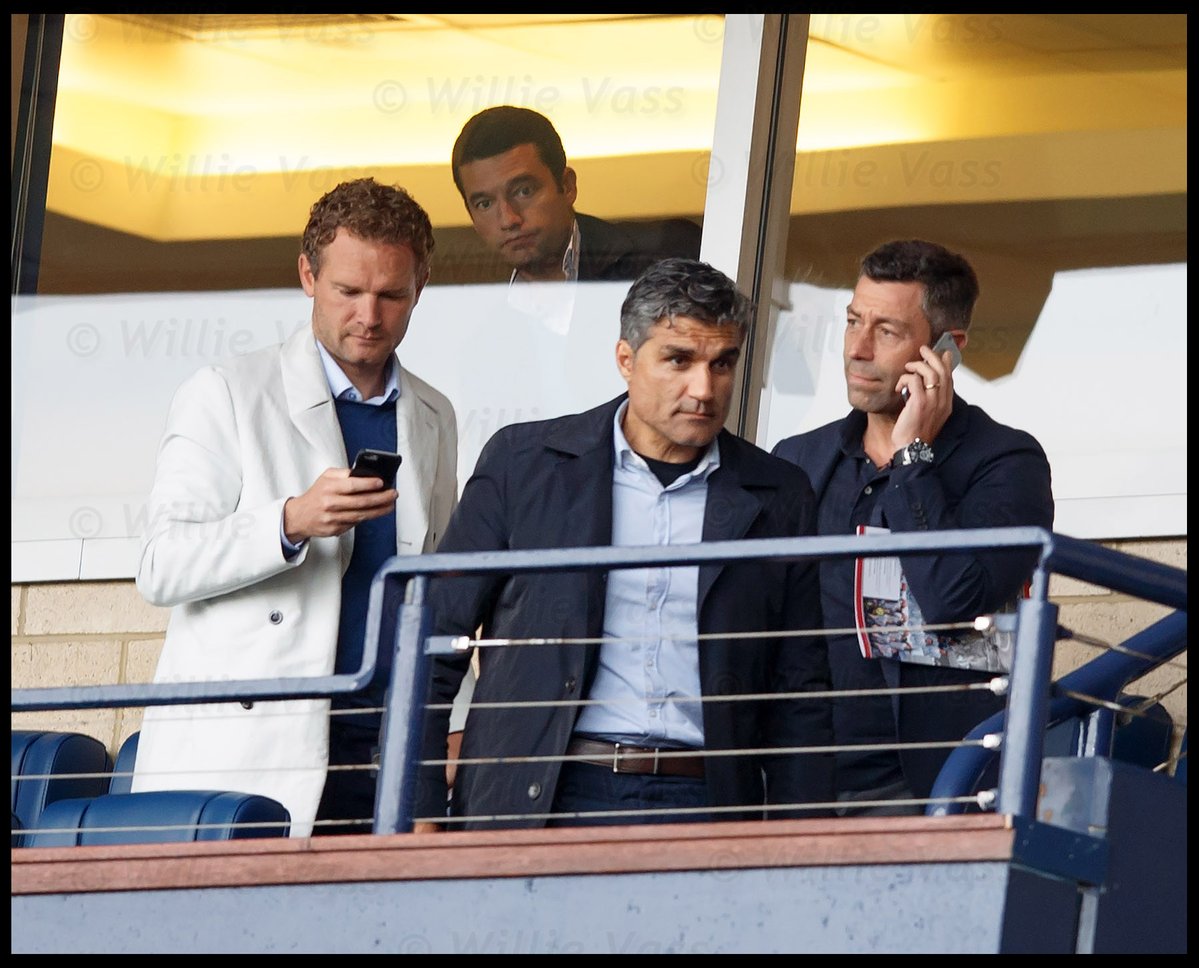 Pedro Caixinha was at Hampden yesterday to take in Premiership opening opponents Motherwell and their trip to face Queens Park at the home of Scottish football.

This photo, taken by the outstanding Willie Vass, shows more than a few calls being made during the match which Steve Robinson’s men absolutely strolled, leading some to ponder whether Pedro was as much on a scouting mission for a new signing as he was scoping out Rangers’ first competitive adversaries next month.

With the Louis Moult deal previously seemingly dead in the water, Caixinha, assistant Jonatan Johansson and co may well be looking to revive it as they are with Hearts’ Jamie Walker, and with Rangers’ options up front remaining a tad contentious, Moult’s signature would be a welcome boost if Pedro was indeed to resuscitate Rangers’ interest in him.

Let the picture tell its own story.