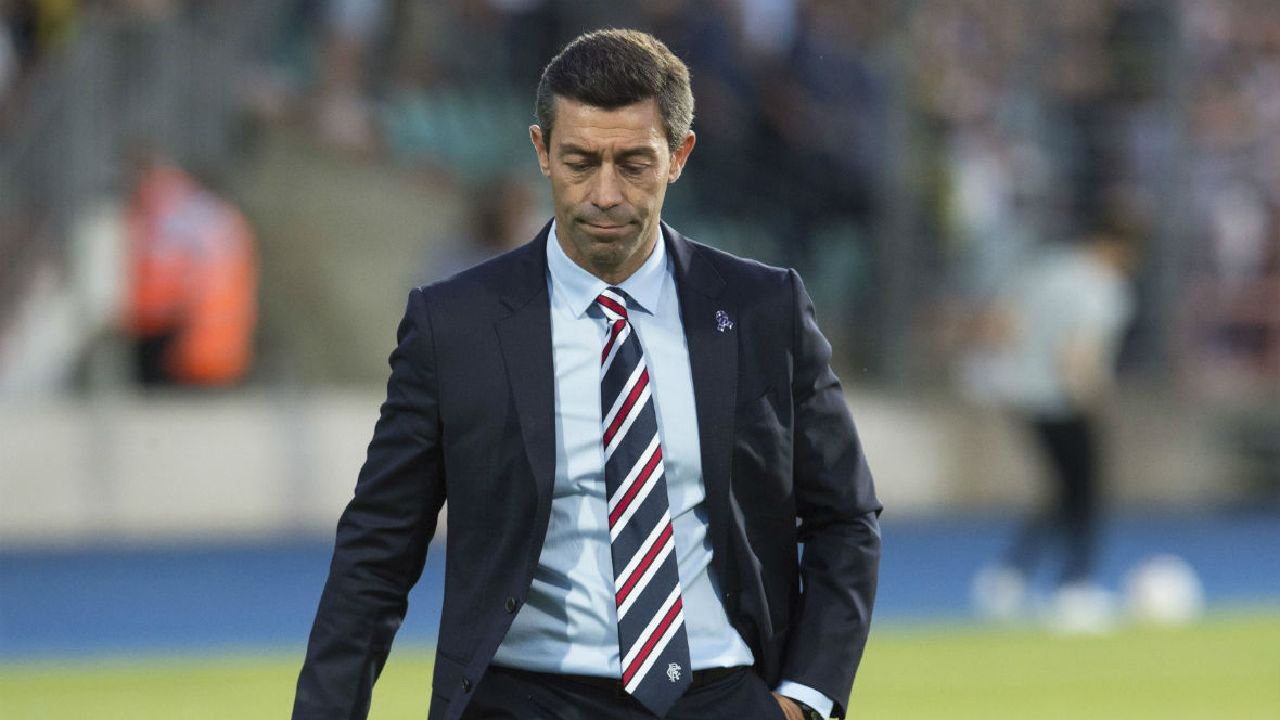 When Rangers strolled Hibs 2-6 in 2015, it did look like things were on the right track. For 10 weeks Mark Warburton’s Revolution was tearing apart the Championship and his 4-3-3 Barcelona model plan seemed to be working.

Then on 19th of September Rangers laboured to a scraped win against bottom-feeding Dumbarton at their patch, before being turned over three days later by a St Johnstone side whose canny manager Tommy Wright had clearly studied proceedings at the Cheaper Insurance Direct Stadium half a week earlier.

Scottish teams had figured Rangers and Warburton out literally overnight thanks to Dumbarton’s endeavours, and fan expectation changed from new-found confidence to confused frustration as weaknesses in the team became exposed and the side, while still mostly winning, was not as fluid and convincing as it was for those first two and a half months.

Since then, that ‘confused frustration’ over results like defeat at Falkirk Stadium twice in a row has evolved into an 18-month ‘work in progress’. For every good performance and win Rangers seem to be ‘on the right track’ while every bad display, even last night, is dismissed by many as ‘it will take time’.

The question is when do Rangers supporters actually expect the Rangers we recognise to reappear? Is there a time scale on how long will be tolerated that Rangers just are not very good?

There was a sore comment on this site for a previous article. In previous years and even months I would have been offended and appalled at the mere insinuation, but now I am starting to wonder.

The comment, from a Norwich fan named Stephen Godbold, read:

“But you are the ones who want Dorrans, and he has two years on his deal. So its OK for you to buy on the cheap is it because you are some huge club – well you were once, but now you’re no bigger than an English League One team. Either pay the asking price or go away”

On the face of it this is ludicrous. Ibrox packs 50,000 every other week, has 144 years of history, has a world record number of league titles and a European Cup Winners’ Cup – just a small sample of the scope of the Club.

But when you delve deeper, the quality of Rangers’ team and management over the past 18 months really has been somewhere between English League One and lower Championship. If as high as that.

Rangers last night lost to a team no better than Falkirk. Frankly actually a lot worse – Falkirk are not part-timers. And that shows just how far Rangers have fallen. We struggle against everyone. Pedro’s reign has seen one good display – the win over Hamilton on his debut. Since then it has blundered from one mess to another. Even the win at Pittodrie was not impressive – no one can tell me McInnes’ men were not the better team. They just fell apart after Kenny’s brilliant opening goal on around 79 minutes.

But the real meat of this article is how fan standards are arguably changing. Reaction to the first leg was mixed – with a lot of comments saying there were good signs and Rangers are a work in progress.

And that was already a very different outlook to the one I grew up with. Back in those days, a rubbish win against minnows was greeted with meltdown and sack everyone. Fans demanded a stroll every match. They demanded the title. They expected European competition every season. It was emotionally driven, but the demands were lofty.

Now some Rangers supporters appear to have reduced their expectations. They try to justify bad performances and bad results as ‘work in progress’, but why? Why do we feel this urge now?

Why have we changed?

Look at Juventus – when promoted from Serie B in 2007 they fired everyone they could after finishing third the following season in Serie A. They kept on changing things till they found a way to meet their supporters’ expectations, and they did so when they appointed fan-favourite Conte in 2011, an already fairly proven manager who had worked wonders with all his charges, Atalanta aside. Overnight their team was restored to what the supporters expect.

Meanwhile Rangers continue to look far from convincing having bought half of Portugal and Mexico and with a manager truth be told we simply do not believe in yet. And he has no worthy CV to speak of nor does he understand Rangers so why should we? And last night only cemented the case against him.

I am quite sure a sizeable chunk of you are reading this screaming ‘tim’ at me. Or that I am a total [insert expletive here]. I have had it all before and I am sure I will get it again. Cry me a river.

The truth is I, like you, am a passionate Rangers supporter who has put in hundreds like you all have. Who follows follows like you do every match I am able to.

And I am unable to comprehend this new world in which average is becoming acceptable. Where the outrage after a poor result and performance is less than the ‘they need time’ or ‘lots of positives’. Admittedly last night’s carnage has seen a slightly less generous appraisal but the fact there was a single word of justification following the first leg was already a bad sign.

I am sure I will be getting all sorts of abuse, being called not a ‘Real Rangers Fan’ because I dare to express my opinion, but my opinion is because I love Rangers as much as any true fan reading this does. And it devastates me to see how some fans are starting to justify failure as a means to an end. Including some of those of my own age who lived through both the days of Super Cooper and 9IAR so understand what success and failure are like and mean.

It is a new era and I am having trouble reconciling it with the Rangers values I was raised with.

Am I the only one?