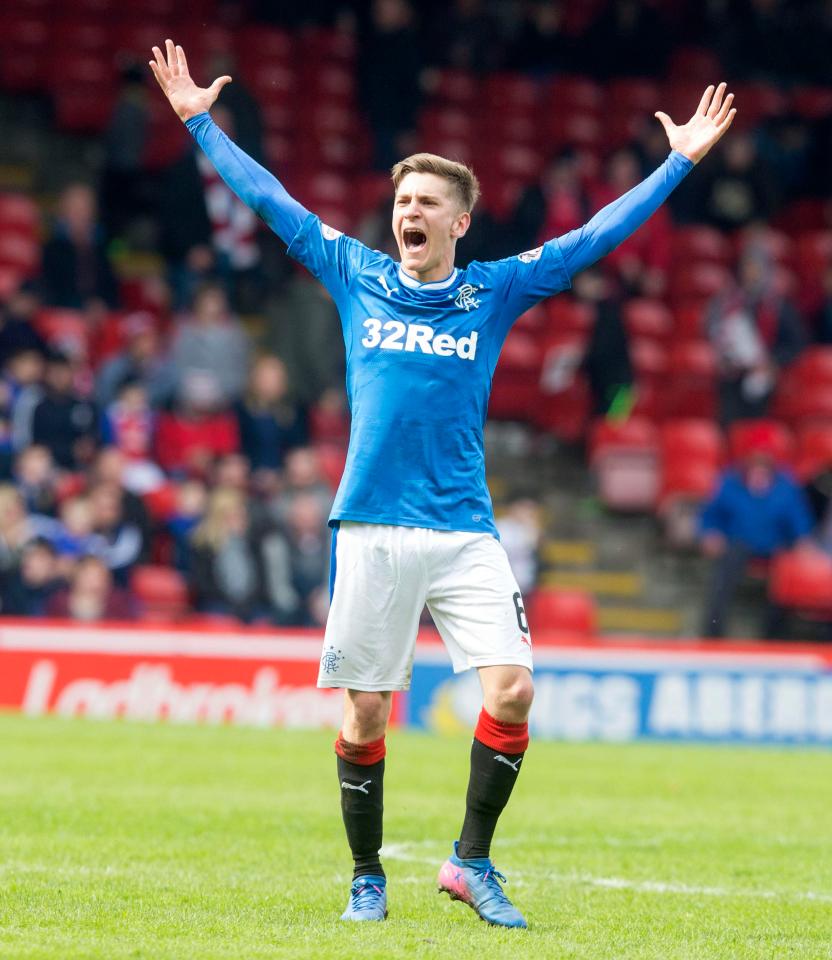 In a slightly unexpected move at Ibrox, manager Pedro Caixinha has apparently made a change at left back with previous deputy Myles Beerman being restored to Graeme Murty’s youth setup while traditional midfielder Jordan Thompson has been surprisingly promoted to become captain Lee Wallace’s deputy.

The Maltese international did rather well during his brief spell at the tail end of the campaign, and big things had been expected of him with some seeing him as a natural successor to the established first-teamer, but with Jordan Thompson taking his place on the trip to England while both Beerman and Thompson went out with Murty’s unders for the pre-season tour of Northern Ireland last week, it marks an unexpected change at the back.

Previously Ibrox Noise had discussed Beerman as a firmly-cemented piece of the first team match squad picture, but it appears the manager has other ideas and the 18 year old has been returned to Murty’s group. It is possible he is still viewed as a little green for the stage, and not quite ready for first-team football, with Thompson two years his senior.

Indeed, the midfielder has been praising Wallace for the help he has given him for the role:

“I’ve had a few experiences playing left-back beforehand and I like it. It’s something different and you can see everything in front of you, and having a left foot, it’s easier going up and down the wing. It’s just about getting the positioning right, and I’ve been watching Lee Wallace and a few other left backs to try and get ideas from them. Lee has been great in terms of that. He’s brilliant with all the boys, but when there has been something new for me he has certainly helped me there.”

Meanwhile Beerman has made some cryptic posts on social media possibly about the situation:

I never stop until I get what I’ve always wanted in my life. Giving up will never be an option. 🦁 @RangersFC #thejourney #mindset pic.twitter.com/TokVoHsbCF

It does appear, for now at least, that Thompson has been unexpectedly promoted to the senior squad with Beerman going the other way. Of course, Beerman’s absence from the England trip could be injury related.

We will await the start of the season to see what the case is.