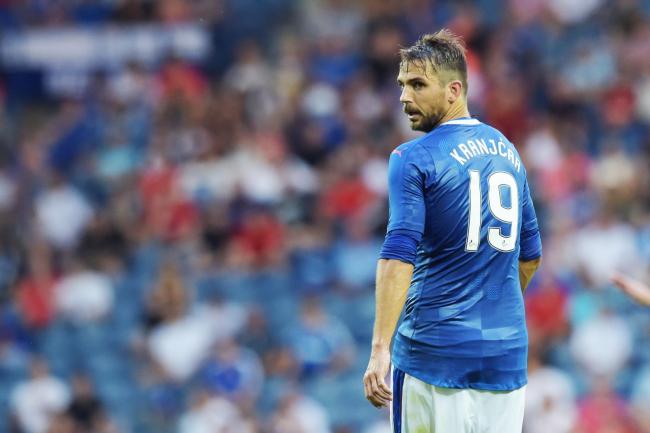 Following on from yesterday’s analysis of the striking department at Ibrox, in the second part of our four-part series, we will today look at Rangers’ attacking midfield and the options it presents now for Pedro Caixinha going forward.

Obviously we cannot know for sure that the summer’s transfer window work is complete, with many many weeks still to go before the window closes, but nevertheless the sense is that the main core of work is now done, so Ibrox Noise takes you through the options we now have in the creativity department.

As alluded to in yesterday’s piece, the likelihood is that Pedro will stick with the 4-2-3-1 formation he has gone with from day one, certainly in the medium term. That means we are looking at a core of three players who are the most prominent to sit behind Morelos.

Two of these select themselves. Graham Dorrans and Carlos Pena will be part of Rangers’ midfield – there is simply no reason to have pursued both for such length respective periods of time if they are not to be first-picks.

In actual fact both of these players are similar types – they are hard-working grafters will no lack of ability, and are the kinds of midfielders who have replaced the old ‘trequartista’ style of player which was so prominent back in the noughties. Instead we now have the more dynamic attacking midfielder who works hard, links defence to attack and creates chances, not to mention scoring goals. Indeed, Caixinha explicitly described Pena as a box to box midfielder, which is basically a mid who covers space between each box, supporting both sides of the play, making runs and scoring goals. In season 2015/2016 he scored 8 in 17, and created 21 chances.

Such a player can fill a number of midfield roles, and that versatility is key in today’s game. As for Dorrans, well reports are that his low-key debut at Auchenhowie in the closed door 2-1 win over Lee McCulloch’s Killie was an impressive display from the ex-Norwich man, impressive enough to have onlookers nodding in approval. In 21 appearances for Norwich last season Dorrans scored 6 times, and made an equally very impressive 20 chances.

Dorrans and Pena could be massive players this season and given the combined outlay for this is nearing £4M it is not hard to see why. That is the kind of creativity Rangers need.

But there is that final slot. We have shown what Pena and Dorrans can bring, but who is to be the third man?

The contenders are Windass, Holt, Kranjcar, MOH, Candeias and one other we alluded to yesterday; for Kenny Miller is an asset wherever he plays, and has been outstanding behind the striker of late.

But he is not getting any younger and unless he is borderline superhuman (quite possibly is) is unlikely to last 90 minutes every week or more. So while we can probably concede he will play a big role in attacking midfield, who else is likely to be prominent there?

Kranjcar has the vision, the class, and the intelligence, in theory anyway. Versus Progres at Ibrox he was instrumental for 35 minutes. But as he faded he was not seen again, including in Luxembourg for the second leg. So there are huge fitness and consistency issues with Niko, and one has to think twice before throwing him in every week or making plans based on the idea of doing so.

Windass is next – but no, just no. This lad simply has not shown the quality at any real stage of his Ibrox career to suggest he has the ability to play for this club. This site was impressed by him early in his Rangers career and even briefly proposed we build a team around him, but that fleeting form faded quick and he has been jaded ever since.

Then we have the honest and hard working Jason Holt. He is an angry wee man alright and will throw his body where it hurts, but he just does not quite have the quality we thought he did. We felt he would ease into the SPL, but he has really struggled like so many. For us, he would be an option to bring on, but rarely start.

Candeias is a tricky one. He far from impressed on his debut, and certainly did not in Luxembourg, but it is early days for the Portuguese attacker and he has time to ease into his role at Ibrox. It is whether the doubts over him will grow or whether he can become a regular starter in time.

Then finally there is MOH. This lad never got a fair crack at the Ibrox whip, and has shown now and then an attacking intensity often missing from others. He has certainly shown heart while not caring how his hair looked, and while his first touch struggled, his pace is a weapon which if cultivated the right way, could still be an asset for the club. But it is a stretch to propose he will be a heavy part of Caixinha’s Rangers next season.

Pena and Dorrans are surely shoe-ins to be first picks. That goes pretty much without saying. But we have to admit picking the third player appears to be a rotational management issue. Would Holt’s hard work be more useful against a particular opponent, or Niko’s flair? Perhaps Candeias’ pace or MOH’s running. Or last but not yet Miller’s constant reliability and leadership.

It is hard to predict but we suspect Miller will play a big role again, most likely in concert with Kranjcar, with the likes of MOH, Holt and Candeias on the bench. Of course, one or two of these could move on over the coming of weeks.

But then, we do not have a crystal ball.