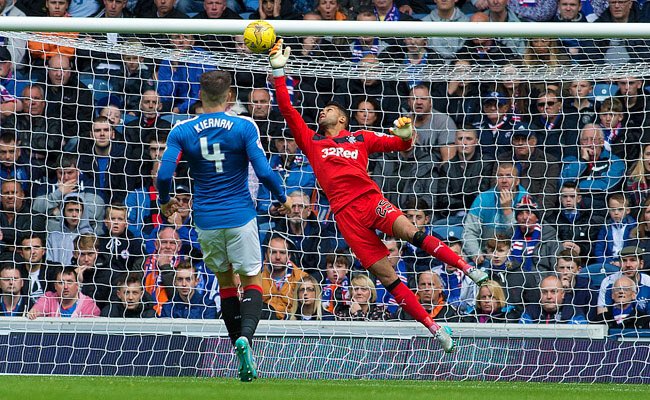 Hot on the heels of the failed bid but simmering interest in James Tavernier and successful swoop for winger Barrie McKay is the breaking story this morning that Rangers’ ex-manager Mark Warburton is finally showing interest in goalkeeper Wes Foderingham.

This was a transfer link many fans have expected for some time, with Foderingham being one of Rangers’ better performers last season, and had been tentatively proposed as a player who would attract suitors.

But this morning is the first tangible sign of real interest from anyone, and arguably it would be the third (and final) of Warburton’s most successful Rangers ‘signings’, if we count McKay as a Warburton signing.

To be absolutely blunt, Rangers can do better than Foderingham – he is a decent stopper but certainly has his moments and with Rangers’ past history of great keepers (Woods, Klos, Goram eat your heart out) he certainly does not compare.

But in this climate and these days whether Rangers could find a good replacement is a matter for some debate though.

As for that three player deal – well as we said, McKay has already gone and Warburton does want Tavernier going by reports. Add Wes to the list and three of Rangers’ absolute stalwarts over the past two seasons could be plying their trades at the City Ground.