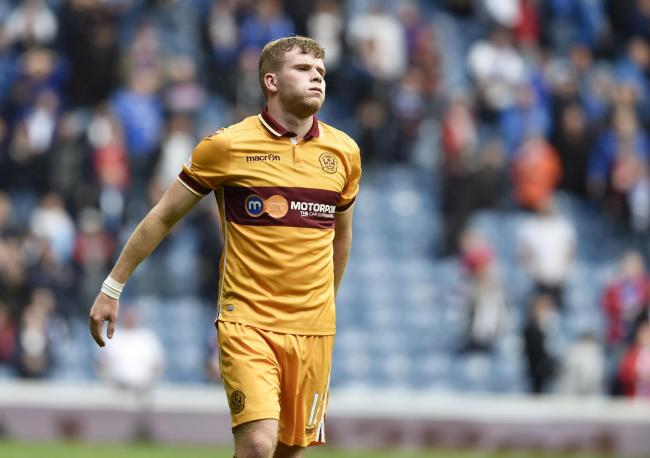 As regulars to Ibrox Noise will know, we have covered the Jamie Walker saga with a keen eye – with Hearts in disarray, Ian Cathro close to being fired and the Gorgie side out of the League Cup before August even starts, the 24-year old winger will not be held back from a move out now, if all is pure and holy.

Indeed, speculation is growing that Hearts have principally accepted a bid of around £700k plus addons, growing to over £1M based on the usual provisos, so it does seem just a matter of time before the flanker is a Ranger.

But as has been all over the press, Pedro Caixinha has confirmed Walker and another are his intended arrivals, two Scottish Rangers fans who understand the club. And today we have seen confirmation Sunderland intend to finally relieve of the phenomenon that is Martyn Waghorn.

So, who is the other incoming?

There are a few contenders, and a number of them seem slightly closer than the others.

This one has continued to rumble and rumble. Whatever went before, he is an excellent player and would be a worthwhile addition. Claims have been made that the only thing stopping this being done already is issues over the wage – if Rangers offer Norwich a healthy sum, the Canaries would sell. But while Naismith is understood to want to join and to have theoretically committed to it, end of the day we need to be able to afford his salary or even said salary with modest pay cut. Whether that will happen is another matter. However Ibrox Noise sources have claimed today that Naismith has agreed a wage. This could actually materialise. Chances 6.5/10.

Yes this one has resurfaced recently. Apart from him not being Scottish and not really being a Rangers fan (as far as we know) he fits the bill perfectly (!)
Caixinha would have paid attention to him closely during that scouting mission at Hampden the other week, and the Portuguese is said to be an admirer. A fine player, plenty of SPL experience, not a fortune, and would score. But not of the nature Pedro specified. Chances 5/10

Scottish. Check. Rangers fan. Check. Expensive. Check. Kenny is like Jack but with the cost. Ryan would probably have cost about £3M if Rangers were paying for him, so he was a bargain, but we will not get that luck with his ex team mate. Aberdeen have closed rank on this one, absolutely shutting the door on an exit. So only a serious hard cash offer will bring this guy in and one imagines McInnes would expect at least £2M. Cannot see this one happening at all now. Chances 3/10

He has loosely been mentioned in Rangers’ circles this transfer window. A bright performer against Rangers last season, yours truly’s only surprise is we did not appear interested in him earlier. Scottish, understands the SPL, and a very promising young player, if perhaps not a Rangers fan. A modest sum would bring him to Ibrox – sub £500K for sure, and for a 20 year old winger/attacking midfielder it is a decent investment. Rangers are even more shy on wingers than they were before with only arguably two (Candeias and Dalcio) on the entire roster, so Cadden would be a solid enough addition. But we cannot see him being the ‘other one’. But you never know. Chances 4/10.

And as mentioned Waggy is seriously interesting the Tyne and Wear side so before too long we may well see him joining Joe Garner and co in the English lower leagues.

For all you wondering why we have not mentioned any defenders – well, incredibly still no names have surfaced and we do not expect any to do so any time soon.