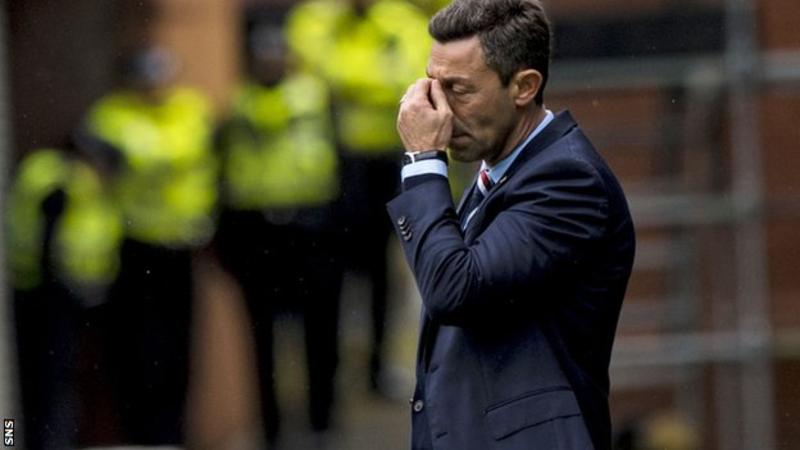 While the Rangers support continues to reel after last night’s astonishing defeat at the hands of Luxembourg’s answer to the Nag’s Head XI, serious questions have been asked about manager Pedro Caixinha.

To suggest his time at Ibrox has been filled with controversy and failure would be the understatement of the year – he oversaw Rangers’ worst-ever Old Firm loss at Ibrox, when the Light Blues were destroyed on their own patch by a glut of goals from the East End shower, and now he has crafted a way out of Europe against the worst continental side Rangers have ever faced.

No one has offered excuses, thankfully, but that makes no difference – he signed a bunch of players who have barely delivered in 180 minutes, but even the ones we already had did not perform.

So, who wishes Pedro Caixinha to continue as manager? Yes, the domestic season is not yet underway and Ibrox Noise has had a little flack from some quarters for calling this a crisis, which only justifies this entry more, but nevertheless, the question stands.

Should Pedro continue as manager?