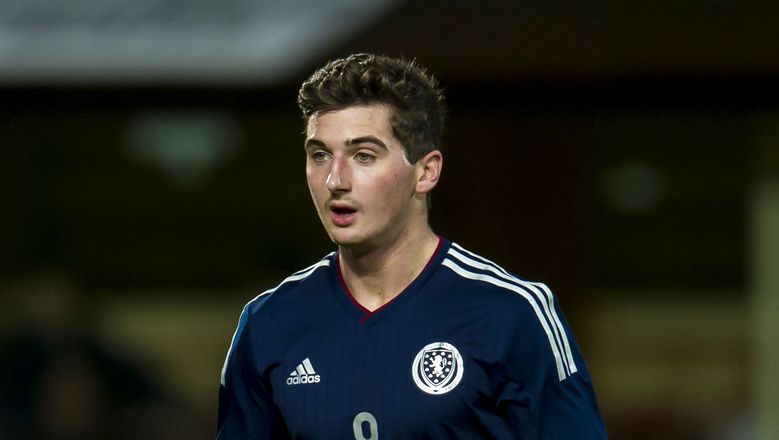 Having watched how quickly Ryan Jack and Graham Dorrans have fitted into the Rangers team so effortlessly, it seems to have given Pedro the added attraction of signing another two home-grown players into the Ibrox squad.

Caixinha craves for a team full of winners and obviously feels that Hearts winger Jamie Walker and Aberdeen midfielder Kenny McLean are two players who have all the right credentials to become successful Rangers players for many seasons to come.

Rangers are now expected to lodge final bids for both men who have been on Pedro’s radar for some time now. They have already been the subject of failed bids from the Ibrox club, and I don’t see the point in offering the Dons or the Jam Tarts significantly low bids for two excellent tried-and-tested first team players in the rough and tumble of the Scottish Premier League.

It only brings derision from their fans and causes embarrassment to our own fans when these teams express their anger at us by disclosing how weak our club’s last minute efforts actually were. Surely if Rangers want to secure top quality in their first team, then you must pay close to the going rate for Rangers to deserve acquiring the right quality players.

Personally I would love us to sign these two players, as they are both adaptable, versatile players who would be very useful assets for the long-term future of our giant club.

Recently turned 24-year-old Jamie can play as an attacking midfielder or winger, and has represented Scotland at every youth level.  He scored two well taken goals against us, in a disappointing 4–1 defeat at Tynecastle on 1 Feb’17 and that’s when the Rangers scouts were impressed enough by his overall play they highly recommended Walker to Pedro to see him play for himself. He was enthralled with his composed display in the recent pre-season-friendly at Tynecastle, in the Newcastle 1-2 win.

Walker played 36 games for Hearts when they won the Championship in season 2014-15 and played in 43 matches last season whilst winning the Gorgie Road side’s Supporters’ Player of the Year 2016–17 award, and adding 15 goals to his last season tally.

Kenny McLean, the 26-year-old 6’ tall central or left midfielder who is currently starring with Aberdeen since joining them in 2015, is undoubtedly a top player for the Dons and he carries a bit of dig about him and is very strong in the tackle.

He has represented Scotland at under-19 and under-21 levels before making his debut for the senior Scotland team in 2016.

Kenny reads the game well and his athleticism is first class and is known as a brilliant passer, especially with his accurate left foot.

He appeared in 98 games over the last two seasons for Aberdeen, which shows how consistent he has been over the longer period and scored 14 goals during that spell and laid on dozens of passes for the forwards to score goals.

If we get both of them, what will happen to Carlos Peña, Niko Kranjcar, Daniel Candeias and Jordan Rossiter who certainly have the talent and the right attitude to make it at Ibrox, especially, if given a decent run in the team? Then we still have Jason Holt, Dalcio and Josh Windass still on the books. Having a big high quality pool is no bad thing.

With so many midfielders at our disposal, can I continue with my 1st choice of playing away from home. Especially at Celtic Park, Pittodrie, Tynecastle and Easter Road. 3 – 5 – 1 – 1 or 3 -5 – 2.

This line up playing with 2 very disciplined wingers playing well-rehearsed football should be a much more attack minded team than playing with 2 defensive full-backs.

The balance of the above team would rely on Candeias and Walker working hard up and down the wide positions of the park. When we have possession, they are both wingers and when we are under pressure, they are playing much more defensively and denying the opposition room to manoeuvre and cutting off crosses.

The chances are that Pedro will go with Tavernier & Wallace as his wing-backs in a 4 – 4 – 2 line-up, but sometimes you have to surprise teams with thinking out of the box.

Ryan Jack and Kenny McLean & the back three, covering for everybody the moment the ball is lost, to allow Daniel & Jamie to get back in their well-worked defensive set-up.

Playing with one up is what Celtic regularly play away from home with their two wingers joining the centre forward very quickly to turn it into 3 up front when the wingers get up the park. With two wingers playing as wing-backs, we can do the same and hurt teams.

If Niko continues to play brilliantly, how could you keep him out of this Rangers first team? His passing and technical skills are second to none of any player currently on the Ibrox books. His dead ball kicks are also worth consideration, when picking our Rangers starting X1.

Alfredo Morelos has good potential, but at the moment you must play 6’ 2” Eduardo Herrera to lead the line who impressed so effectively against Marseille. Kenny Miller should never be ignored, but perhaps not start every game.

The blend of the squad could well be coming together, and McLean and Walker are extremely useful potential additions.