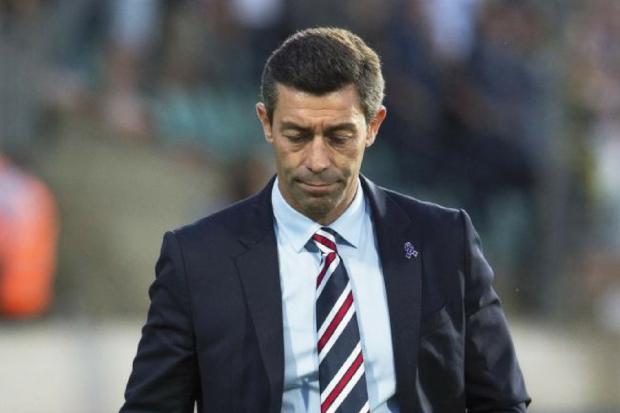 It is depressing being negative about Rangers all the time right now, but what is almost equally depressing is the consensus of agreement with us from fellow fans. We love our club, just like you, and we hate what is currently happening to it right now, but unfortunately we have to be realistic and honest.

And manager Pedro Caixinha has been an unmitigated disaster from before he was even appointed by the powers-that-be at Ibrox. Sure, we have managed to find positives and even praise him for some things – naturally, we need to support as well as criticise as fans, it is what we we do, so we were determined to find things to be optimistic about. We managed to put a positive spin on crazy as, again, like you, we are fans, and being completely cantankerous is not ideal.

But now that it has become clear that he is as inappropriate a choice as we first described him before any other media outlet even knew who he was, we are going to take you, our loyal and appreciated readers, through a depressing timeline of torture, a litany of chaos for which Pedro has been almost entirely responsible. We fully expect pelters for being so negative, even accusations of all sorts, and we shall take that on the chin, as we always do.

Before he was ever even linked to the Rangers job, Pedro was already a ‘Celtic brother’. He worked for Celtic as a scout, and while that in itself is not alien to Rangers, the fact he referred to the club in such glowing terms such as ‘our family’ after Celtic won their fourth title in a row hardly strengthened Rangers fans affections for this stranger coming into our club.

When he did arrive, it all began when Pedro started uttering clichés in the media. Like his predecessor with his constant ‘it’s not abaht them, it’s abaht us and what we do’ plus his utter b*ll*cks about ‘pawfways to the first team’ lines, Pedro started repeating about ‘trusting in my players’ over and over again. About how important that was. It made sense a couple of times, but once he had uttered it for the sixth it started to grate.

And that led onto the next symptom – overindulgent explanations of EXACTLY how we were going to play in a match. There was Warburton and his refusal to say much at all, while Pedro went the other way and stopped short only of getting out a tactics board and explaining to the journo exactly what each player was going to do and how. He said a ridiculous amount and gave opponents a comical heads up about how Rangers were planning to play.

Which leads us onto ‘that’ Kilmarnock press conference. Pedro took the ‘unusual’ (read – ‘idiotic’) step of announcing his entire XI 36 hours before the trip to Rugby Park. We tried to spin this as his giving the rookies a chance to adjust to the spotlight, but the truth is it was just the fledgling signs of Pedro being at odds and not having a clue about how to handle Rangers or Scotland. The 0-0 draw rather justified criticism of this bizarre tactic.

But odder was to come when Pedro made a hoo-hah about getting in a Scottish local assistant to help him adjust to the climate at Ibrox, the SPL and the country – with Barry Ferguson, Neil McCann and many other club legends mooted, it was nothing short of ridiculous when Finland’s Jonatan Johansson was appointed. I like Jonatan – he is a wise man, and intelligent – but local and Scottish he is not. The appointment was to ‘bridge the culture gap between Caixinha and the club/league’ and yet it has emerged that Johansson is just a standard coach who does nothing the rest of the staff do not. To this day I will never understand that one.

Or, for that matter, the idiocy of ditching Rangers’ best defender Clint Hill the first chance he got. Hill and Wilson had been becoming a decent wee duo under Murty, so the first thing Pedro does when he gets the chance? Lets Hill go without an inch of sentiment. Senderos I get, Hill? And even worse, to this DAY Hill’s departure was never officially confirmed!

Then we move onto the Old Firm capitulation. Every man and his dog could see Rangers were set up wrong. Starts for Dodoo out of position, Hyndman who had not kicked a ball for months and Windass who had never kicked a ball at all in a completely indecipherable format were just three of the appalling mistakes that day. He ripped up Murty’s form book from the last meeting and decided to just make up his own rules. Rules which did not work, do not work, and will never work as long as he fails to grasp what he is doing.

Then the Aberdeen atrocity. Another woeful display and loss of a proud 26 year record. It still rankles.

Next we had ’10 days off’. Oh my, the media had a field day and few of the players were happy either. Pedro decided the best way to recharge the players for the new season was to give them barely over a week off. He relented and extended it to a colossal two weeks but I guarantee not a single Rangers player was refreshed from such a short break. And it sure showed at Ibrox then in Luxembourg.

But worse was to come. Barrie McKay, the star player and most valuable asset found himself on the outside. He was benched, ditched, then worse as he found himself ‘surplus to requirements’ while utter garbage like Dalcio was playing in his place. Pedro handled that situation disgustingly – sorry, there is no other word for the mess Pedro made of that. It was undignified, shoddy, lost Rangers money and made us look like fools.

But then he managed to somehow make it worse by implementing colour ban policy at Ibrox – green boots banned. I mean sure, that might be ‘their’ colour but it has never been a problem what damn colour boots players wore. Why turn it into a nonsense now?

And then it was compounded by the utterly ungracious statement made about McKay on the official site. That might not have been Caixinha’s fault, but when Joe Garner gets a ‘best wishes’ while McKay gets next to nothing despite his decent words the other way, something is badly wrong.

And then we know all about two of the latest which have Rangers a laughing stock throughout Europe.

But I have not even mentioned the arguments he had with Rangers fans following that exit.

I know I have not covered all his failings, far from it, but when you look at the series of blunders Pedro has made ‘so far’, it does not bode well for the future.