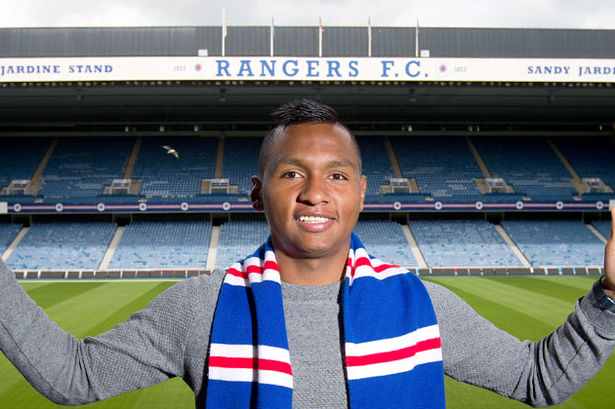 With only two days to go till Rangers’ first competitive action of the new season, speculation is reaching fever pitch over what the maiden XI of campaign 2017/2018 will be when the side faces Progres.

With eight signings incoming and increasing numbers of outgoing on a near daily basis, manager Pedro Caixinha is certainly spoiled for choice when it comes to Thursday’s line up. The question is what XI and formation will he choose?

Here, Ibrox Noise will give you our projection (probably miles off) of what we believe Pedro will choose to take the field in the first leg:

James Tavernier, David Bates, Fabio Cardoso and Lee Wallace. This lot picks itself – while Tavernier is subject to transfer speculation, it is hard to see past him starting, and there was no Lee Hodson at Monday’s session. Bates and Cardoso are the only CBs Pedro has, other than Aidan Wilson, and it would be a brave man to pick such an inexperienced stopper to partner Cardoso. And Lee Wallace, as captain, will always be first pick.

Jordan Rossiter and Ryan Jack. We believe Pedro will employ his favoured 4-2-3-1 meaning two solid units in front of the back four to afford them the protection they will need.

Carlos Pena, Niko Kranjcar and Kenny Miller. Pena’s grit and steel will be useful for the occasion, while Kranjcar’s flair would not go amiss either. Miller’s leadership and experience will see him fill out the final slot.

Alfredo Morelos. Everyone is excited about this lad, and watching him bag the goals. No point signing a serious striker like this and not playing him in such a worthwhile occasion.

We should affirm this is not strictly our absolute first choice selection, but we believe it is close to what Pedro will go with.

What do you guys think? Close? Or do you think we are way off?