Home Rangers What does the future hold for Joe Dodoo? 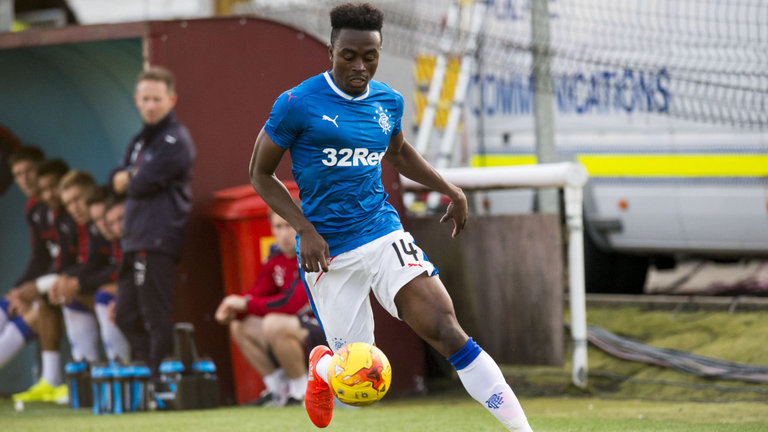 In short, the forward line has been completely revamped, with Joe Garner confirmed as gone some time ago. And while Martyn Waghorn has been linked with both Scunthorpe and Leeds, and appears rather expendable, there remains the nagging question of what role Joe Dodoo has in the new campaign.

It cannot be denied that his maiden season in the SPL did not go to plan. Rarely was the Bread Man interested in selecting him, but when he came on as a sub he usually impressed. But that was as striker.

However, when Caixinha took the reins, he was only ever interested in playing Dodoo out of position on the left. Joe is on record as saying he is happy enough anywhere in the front three, but from what we have seen, he is most definitely best used as a direct striker.

On the left he seems a bit lost, and we have rarely seen him on the right.

A tentative rumour online today claimed Dodoo has been told he is surplus and is to leave, but this cannot be verified; but it is quite plausible.

It is difficult to know how Dodoo can be used – Caixinha is unlikely to favour him over any of his own signings, and even if he selects him is likely to shove him on the wings where he does less damage.

One cannot help feeling a little sorry for the young Ghanaian-born forward – seems a genuinely nice sort, who has never complained at his rather unfavourable treatment at Ibrox, yet seems destined to either be a fringe player or turfed out entirely, regardless of what he may or may not bring to the team.

What do you guys think? Should Rangers keep him?