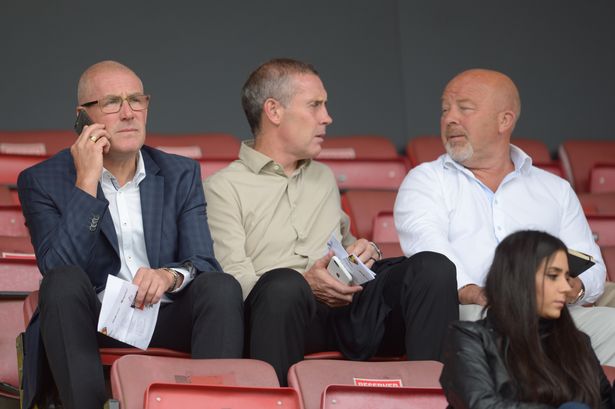 With today’s superb news regarding the Rangers Retail deal and the commencement of a new and productive arrangement, Rangers fans would have been forgiven for thinking the good news ended there.

It appears not. Reports circulating over the past couple of hours have indicated that the previously threatened action against Rangers by the ex-manager Mark Warburton in concert with David Weir and Frank McParland has equally been resolved and no further action will be taken.

“All litigation surrounding the club has been dropped.”

Reading that very closely, it specifically does not isolate the (former) Sports Direct problems emanating out of Govan, hinting extremely strongly that the action the ex-management team were endeavouring to undertake has been completely ditched too and Rangers are finally free of all legal angles undermining movements forward.

Whatever Dave King and his board have done to achieve all this is astonishing, and worth applauding fully – they have had their detractors, including this website, but we will always praise good work and this goes beyond good work.

Now Sports Direct is no longer toxic, and it seems the litigation being pursued by the three of them has been dropped into the bargain.

Rangers can finally get on with getting back where we belong without constant nonsense.