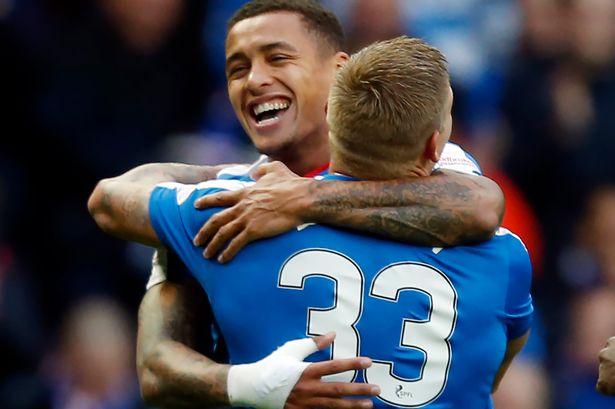 As Rangers fans know, Pedro Caixinha has been desperately hard at work bringing in new recruits and trying to shed as much of the dead wood as possible.

Already we have seen the departures of Clint Hill, Philippe Senderos, Jon Toral, Emerson Hyndman and Joe Garner, while Bruno Alves, Fabio Cardoso, Ryan Jack, Daniel Candeias, Dalcio, and Alfredo Morelos have come the other way and arrived at the Marble Staircase; but the work is far from over.

With Carlos Pena and Eduardo Herrera mooted for a switch over the next 24 hours, two English sides have been heavily linked with two players respectively, meaning Rangers could possibly hope to shift four players in one reasonably fell swoop.

Following on from the long-running story that League One outfit Scunthorpe wish to seal both Matt Crooks and Martyn Waghorn’s signatures has been the breaking claim by a national outlet today that Preston North-End are interested in both James Tavernier and Rob Kiernan.

Both were acquired for modest six-figure fees, and while Kiernan is undoubtedly surplus and would go at a reasonable offer, the Tavernier situation is more complex. While not the flavour of many fans’ months, he nevertheless has held his first-team slot consistently, regardless of which manager, and so while in theory many fans would leap at the chance to sell, does Caixinha even want to?

Here is hoping he does because, defensively, Tavernier is a weak link and Rangers are now filled with enough wingers and attackers to make his saving grace of forward play arguably a bit of a moot point.

As for Crooks and Waghorn, they remain heavily rumoured with that switch to England – Crooks is reportedly unfit through the injury he sustained down south months ago, and that transfer cannot apparently go ahead till he regains fitness, while Waghorn has been connected with a Scunthorpe transfer for a long time, with Leeds also said to be in the picture.

So it is quite possible these four could indeed be on their way out sooner rather than later.