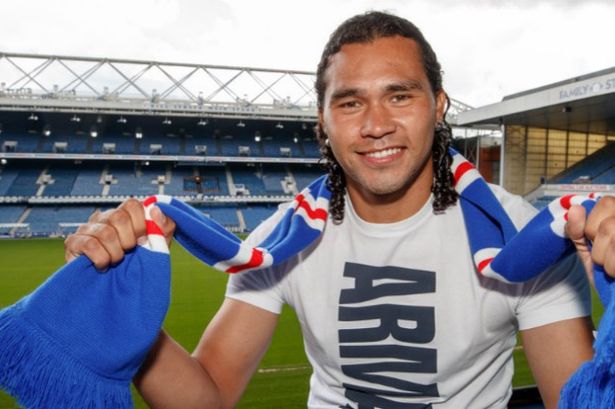 Ibrox boss Pedro Caixinha told Carlos Pena, his new Mexican midfield star, that he wanted to take him to Glasgow Rangers when he was given the job in March, by our forward-thinking Board of Directors.

Caixinha explained that he planned to speak to Carlos’s agent, Salvador Necochea, to make it clear that he had a lucrative long-term plan for his player. Eventually, after about three months of negotiations, Pedro got his way as they reached a 3-year-deal with the help of his current team Chivas and Rangers.

He is expecting Carlos to prove to everybody in Britain just how good he is, and after 2 years of great service at Ibrox, then Rangers would sell him to a top English Premier team for a good profit.

“The objective is for Carlos to return to the level he was at a couple of years ago if he focuses 100 per cent on football and works hard. If he manages to do that, within no more than a couple of years he should be able to move to an English Premier League team, which is our aim. If he gets to the level we all know he can reach, he can do it.”

This is exactly the same deal that Dick Advocaat struck with Gio van Bronckhorst years ago, and it worked out brilliantly for Rangers and Arsenal.

27-year-old Pena is a physical, box-to-box type player who makes an impact at both ends of the park. He is a midfield general with power and strength and a player who can provide goals for the team.

Pedro is expecting Carlos to be a key player in the team and he will try to build a team around his ability with the ball.

Does any Rangers fan have a problem with this type of agreement in place, to entice a top performer to showcase his football talent in Glasgow, then move on?

As usual, your comments are appreciated and important to Ibrox Noise!