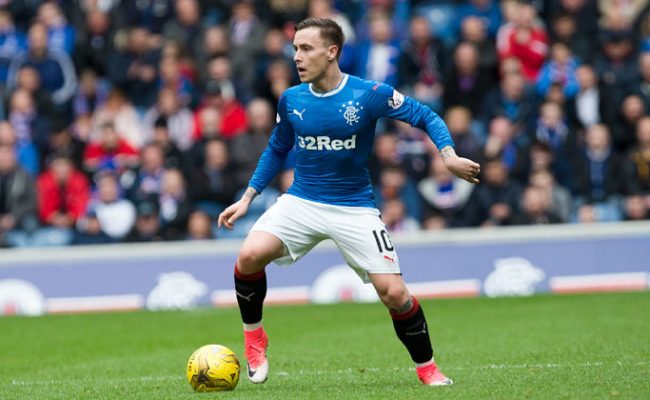 Sky Sources have confirmed today that despite being named in the 23-man pool for the Uefa Europa League clash on Thursday with Progres Niederkorn, 22-year winger Barrie McKay will play no part in the match.

The Scotland winger is the subject of intense speculation over his future, with reports he has been dropped to the U20s to train having asked to speak to other clubs, and now we have near-confirmation Barrie McKay has played his last match for Rangers, and will not feature in either the starting XI or on the bench for Rangers’ return to European competition for the first time in six years.

Mark Warburton’s Nottingham Forest are understood to be interested in acquiring McKay’s services, and the right bid will most certainly prise him away from Ibrox, but given the reports he has asked to speak to alternative clubs, ‘prise’ might not be the right word.

Rangers will expect a healthy transfer fee for him, albeit previously-mooted optimistic values of over £5M are thought to be well wide of the mark, with the sum received expected to be around the £2M mark at best.

It is a disappointing end to McKay’s career at Ibrox, but clearly the club did not rate him enough to give a higher pay raise than they offered earlier this year, which he rejected, and now Pedro Caixinha will look to cash in and use the received monies on other areas of the pitch.