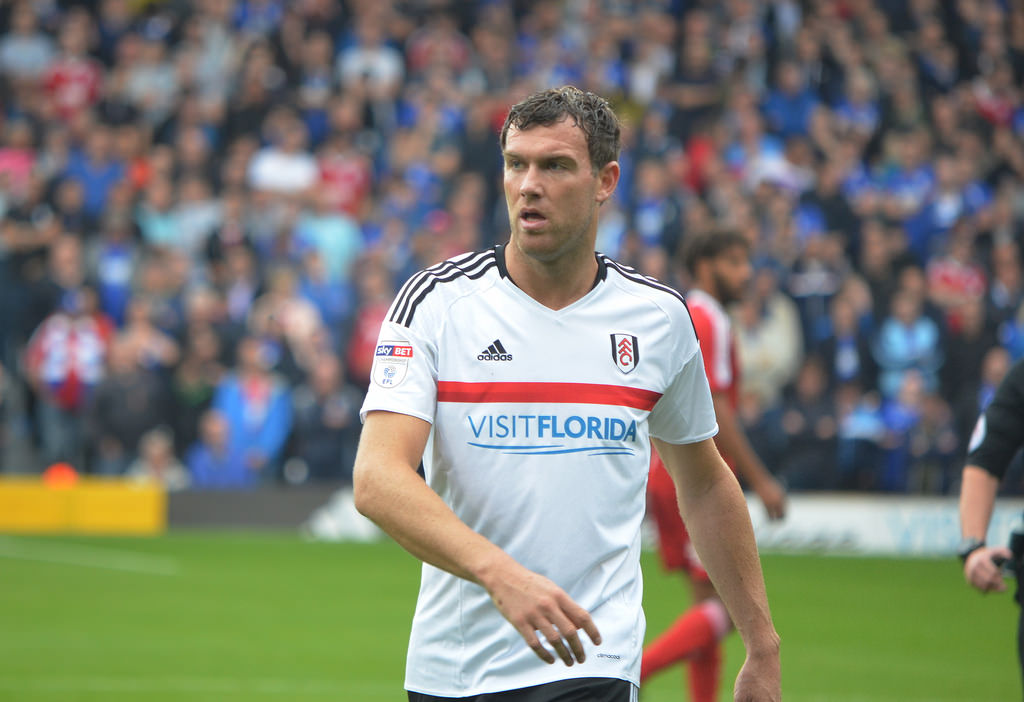 Rangers have been linked with having a real interest in buying 28-year-old, 6’ 2” Kevin McDonald from Fulham. He is a top Scottish midfield player who currently plays his football in London with the Championship side at Craven Cottage.

The Rangers offer would be a good move for Kevin if he wants to force his way back into being a regular Scotland player. It would cost the Ibrox club to get him, but he could well be worth the money – if they have it to pay of course!

He has featured in all of Fulham’s 48 games this season and has added some steel to their team. Fulham paid £1.25 for his services and he repaid them by having another exceptional season when they were just pipped for promotion when Reading beat them 2-1 on aggregate in the 2 Championship Play-Off games.

Kevin’s stats were all excellent in his first season with Fulham. He made 6 key passes, 2 really important tackles, 2 cleverly anticipated interceptions, 3 crucial clearances and 5 brave blocks – this is an average of each match played. That is indeed impressive stats, but what about his staggering pass accuracy of 86.5%.
That is phenomenal in the Championship where it is packed with really good players all over the pitch.

Now I realise why Pedro has targeted Kevin McDonald for a club like Rangers who are on a mission – to stop Celtic dominating Scottish football for the next few years, which would be a disaster for the whole of the Scottish game in general.

If the truth be told, the game up here needs a strong Rangers, Celtic and at least another 2 or 3 others to match the “Old Firm” in many games throughout each season. Any team winning too easily every season just reduces our league to be considered rubbish – and they would be right.

At 28, McDonald has become a player with a proven pedigree and experience and would be a brilliant boost for all the Teddy Bears. A midfielder who can play in several positions for the good of the team. Right, centre, left midfield or in a defensive midfield job, with meticulous pinpoint passes. He is also excellent at keeping possession and is more than capable of getting forward when the situation arises.

Kevin was born in Carnoustie and began his career at Dundee in 2005 and worked his way up quickly into the first team where he became one of their best players. So much so, that after just one season at Dens Park, Celtic tried hard with a bid to take the talented midfield star to Celtic Park.

Very wisely, the board rejected the bid immediately knowing that Kevin was going to be the mainstay of the team for the next couple of years. He played 105 games for Dundee before it was time for Kevin to eventually move on.

In May 2008, Dundee manager Alex Rae informed the media that he would let McDonald go, but only if he received a good enough offer. English Championship side Burnley wasted no time in bidding £500,000 to get their man and take him to Turf Moor.

He played 51 games for Burnley before dropping out of the first team as an automatic first pick and he signed a short term loan deal with Scunthorpe United on a one-month loan in October 2010 where he played in all of the 5 matches before going back to Burnley. This was followed by another loan deal to Notts County from February to May 2011. Kevin played very well and featured in all of their 11 games.

For two seasons 2011-12 + 2012 -13, Kevin took his talent to Sheffield United on a free transfer deal and he really enjoyed his time at Bramall Lane. He played in 91 games for the Blades, during a successful period of his playing career.

On 14 August 2013, McDonald moved to fellow League One club Wolverhampton Wanderers, signing a three-year contract for a reported fee of £750,000. Kevin quickly became a regular in the Wolves’ side that set a new League One points record winning 103 amazing points as they walked away with it by winning the league easily. At the conclusion of the campaign, he won both the Fans’ as well as the Players’ Player of the Season awards, having been already named in the PFA’s League One Team of the Year.

Kevin showed the same form in Wolves’ Championship side, featuring in all 47 games as the club just missed out on the play-off on goal difference.

Over the summer he attracted interest from fellow Championship club Fulham, who bid for the midfielder after he failed to agree a new contract at Wolves. He eventually agreed a new three-year deal and stayed at Wolves.

On 22 July 2016 McDonald did eventually sign for Fulham in a three-year deal after he had played another 35 games for Wolves during the 2015–16 season.

Ibrox Noise would love to see McDonald become a Rangers man, but can we afford his transfer fee plus his high wages?