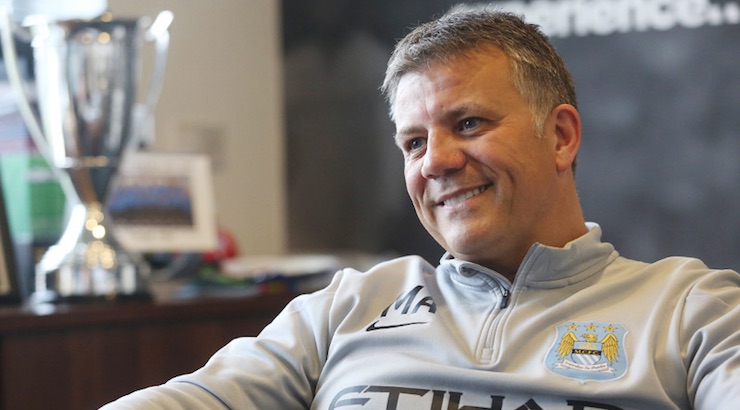 Rangers have signed Manchester City academy director Mark Allen as our new Director of Football and he could turn out to be one of the most significant signings in our club’s history. He could of course turn out like Frank McParland and be a failure.

The 54-year-old has spent seven years overseeing the Premier League side’s youth set-up, and has a full Uefa coaching A licence. Mark has overseen the incredible progress and improvement at the City Football Academy, which has seen the club acquire elite talent both domestically and from abroad, and win trophies at almost every age group in recent years.

“The time was right for me to look for a fresh challenge and I am joining one of the world’s truly great football clubs, which is steeped in history and tradition, and I am happy to swap Manchester for Glasgow and I am honoured to join Rangers.”

I for one love his reason for joining us and surely all his great work in their youth department will be greatly missed at Man City.

I would like to thank all the Rangers Board for having the foresight to employ the wonderful talents of Mark Allen. When I heard the rumours, I never thought we could pull this one off.

There could of course be another reason we managed to prise him away from City the richest club in Britain.

Manchester City have been banned from signing academy players for two years after being found guilty of tapping up two schoolboy players – one of them aged just 11.

“The Premier League has sanctioned Manchester City FC for breaches of its Youth Development Rules. The breaches concern approaches to two separate Academy players whilst they were each registered with another club.

Following an investigation, the Premier League found evidence that the club’s conduct prior to applying to register the players contravened League rules. This included evidence of contact between the club and members of each academy player’s family while those academy players were still registered with their previous clubs.

Manchester City will pay a fine of £300,000 and will be prohibited from registering any academy players in the under-10 to under-18 age range who have been registered with a Premier League or EFL club in the preceding 18 months. This ban will last for two years. The period of this ban from 30 June 2018 onwards will be suspended for three years to be activated in the event of any similar breach by the club.”

In each case, the academy player was conditionally registered with Manchester City while the Premier League’s investigation was ongoing. As a result of the club’s breaches, the players’ registrations will be terminated on a specified date, with no compensation rights retained by the club, and the club will not be permitted to re-register them as academy players. In addition, Manchester City have offered to pay compensation to each player’s previous club, and maintain educational provision for each player until the completion of his GCSEs.

“Mark has made a significant impact at Manchester City over the years, and he leaves us for Rangers with our best wishes for the future.”

“We are delighted Mark has agreed to move to Glasgow and become our new director of football. He is a man of vision who has achieved great success with Manchester City’s Academy. He has excellent contacts in football but also the business world and he will be a great asset to Rangers”.

Let’s hope this signing turns out as significant as it appears on paper.