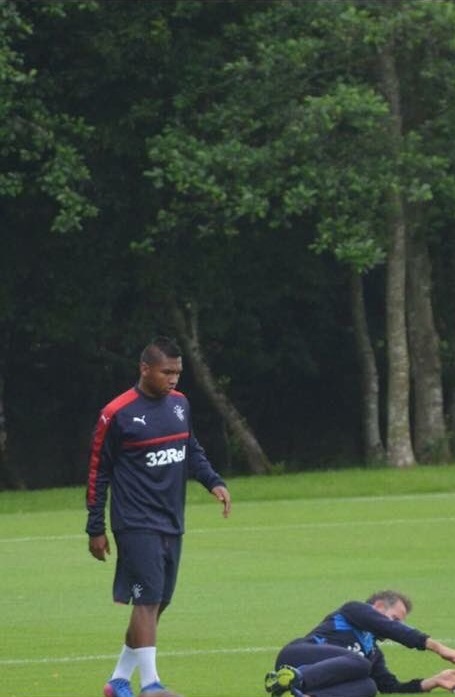 Rangers’ new striker Alfredo Morelos has been snapped for the first time in Rangers’ kit, with only an official announcement as yet pending before the signing is publicly confirmed.

The 20-year old was going through his paces at the Rangers Training Centre yesterday along with the rest of the squad, and has equally confirmed via his Instagram account that he has joined the ranks at Ibrox, but as yet we await a proper press release as to his unveiling.

Hopes are high that the ex-HJK man can deliver in Scotland what he did in Finland, and that Rangers’ vacancy for a prolific hitman has finally been filled; but quite what the hold up before his arrival is verified through official channels is remains something of a mystery.

But as you can clearly see, he is a Rangers player now and becomes Pedro’s sixth summer signing with a potential further four at least in the works.