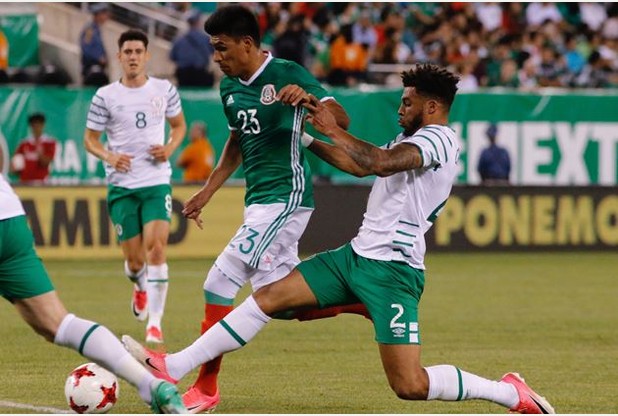 If one aspect of Rangers’ summer business has been worryingly lacking, it has been the lack of investment in the full back areas.

Sure, technically Pedro Caixinha has four at his disposal in the shape of Lee Wallace, Myles Beerman, James Tavernier and Lee Hodson, but while there are hopes captain Wallace will step up to the plate much better next season than he did last, those sentiments do not seem to extend to James Tavernier whose debut season in Scotland’s top flight was an unmitigated disaster, but for a minority of decent displays.

The most common complaint about Rangers’ current first-choice RB is his absolutely chronic inability to defend at SPL level. While he has a modicum of quality going forward, as a right back his defensive qualities are painful. It does not equally seem like Lee Hodson will be installed as first choice any time soon, hence could Caixinha have some interest in fringe choice Derby right back Cyrus Christie?

The 24-year old Republic of Ireland international has had a mixed time of it, with injury ruining his season last year, but his recovery has led to his return to the international fray and he has featured 10 times for his country.

Regarded as a dynamic right back with a flair for attacking, Christie is said to be unsure how he fits in at the Rams, saying recently:

“The manager knows what I’m capable of but when a new manager comes in, you don’t fit into their style sometimes and that’s been the case. He’s completely different to a lot of managers I’ve had. I’m quite an attack-based full-back and he prefers the more defensive. That’s just the way it is. He has to pick a team and I’m old enough and mature enough to deal with that. I’ll go in and adapt my game but I’m not going to change it too much because this is what I’ve made my career on. He says I’m a good player but sometimes my style may not fit. Like I said, I’m willing to adapt to how he wants to play and we’ll go from there.”

A Championship level right back who had been first choice under the previous manager (Steve McLaren) and who has several caps for his country, who is currently borderline surplus and is valued, under contract, at around £800k is exactly the kind of addition Caixinha is surely looking for.

What is more, current Rams’ boss Gary Rowett heavily favours Chris Baird over the ROI stalwart and if Rangers were to make a move, it is one which could conceivably be pulled off.

What is for sure though; Rangers are in trouble if James Tavernier remains first choice in that slot.