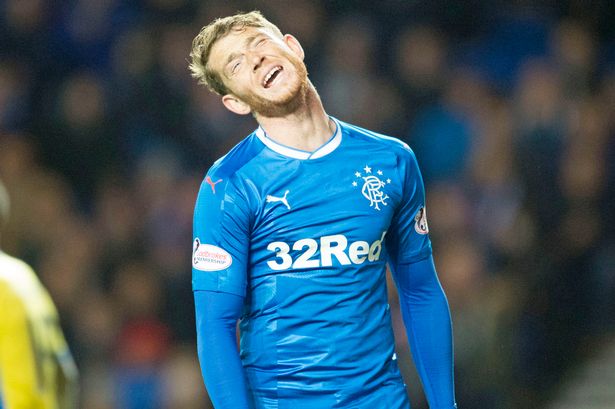 While Rangers’ expected summer exodus has been more of a trickle, flop duo Joe Garner and Josh Windass do appear on the cusp of exiting Ibrox.

With Clint Hill and Philippe Senderos the only two notable departures, Rangers have struggled a tad to get the unwanted surplus off the books, but two of ex-manager Mark Warburton’s biggest failures look set to get moves out of Ibrox, with Windass nearing a switch to Championship Hull and Garner closing in on a switch to Ipswich.

The fact Rangers look set to get around a million for Garner has certainly lifted spirits of fans, in light of how dreadfully poor and ill-fitting he has been at Ibrox, but the fact ex-boss Warburton shelled out almost double that in the first place for him does temper that joy a tad.

Ipswich fans are not said to be overly buoyant over this signing, should it happen, and who can blame them. But hopefully it happens and the lad is taken off Rangers’ books once and for all.

Meanwhile, rumours Windass was a target for MK Dons, Peterborough and Fleetwood were wide of the mark as the attacking midfielder is wanting a higher level and Peterborough have already denied any interest – Josh cost Rangers a mere £60K compensation, and Rangers would be looking for a healthy six-figure sum to profit on him.

Hopefully both of these deals finalise.