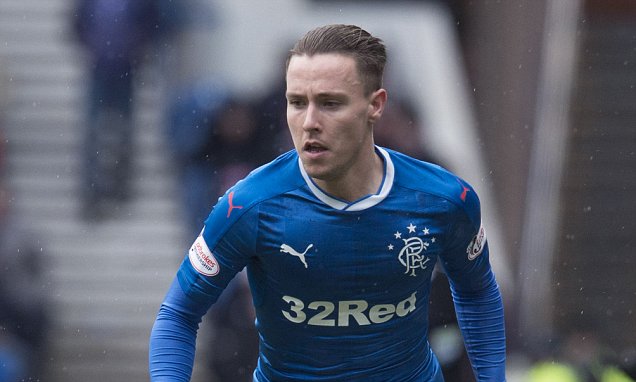 Hot on the heels of Andy Halliday’s impending exit from Rangers (albeit we do not know if it will be Dundee or Azerbaijan yet) is the continuing story of Barrie McKay.

Having famously rejected the initial contract extension offered him earlier this year, the 22-year old winger has reportedly asked to speak to other clubs, and as a result, Rangers have ditched him to train with the U20s.

In short, Barrie McKay will leave Rangers if the right offer comes in, and is extremely unlikely to play again for this club.

The winger has had a controversial time of it over the past 12 months – after initially being the toast of Ibrox following a fine season in the Championship, he has mostly struggled to reproduce that level in the SPL, with some heavy criticism headed his way from most quarters of the Rangers support.

Indeed, one decent piece of management from his former coach Warburton was to drop him during a spell of dire form around October. By the time he was reinstated he had finally started to produce something akin to what was expected of him. Sadly it tailed off soon after and by and large the attacker has been pretty poor of late.

His head went down further though under Pedro Caixinha. Put simply the Scotland cap never looked happy under the Portuguese, rarely producing any effort under his management never mind performances and going by the fanbase’s response to the latest story of his being dropped to the youth levels, supporters have run out of patience with him.

With a contract rejection still fresh in the mind, plus reports that on top of his asking to speak to other clubs Forest are also substantially interested in acquiring his services, McKay’s time at Ibrox appears to be coming to a bit of an underwhelming end.

He was noticeably not at Monday’s Ibrox training session with the senior squad, so unless there is another unexpected reason for his absence, the reports of him with the U20s now are probably true.

Ibrox Noise seems to have got him wrong – we truly believed this kid was the future of the club, and would take to the SPL like a duck to water, but this was miles off the case – whether under Warburton, Murty or Caixinha, McKay just has not done it for Rangers in Scotland’s top tier, and now that he has been completely axed from first-team training it appears it is only a matter of time before he leaves.