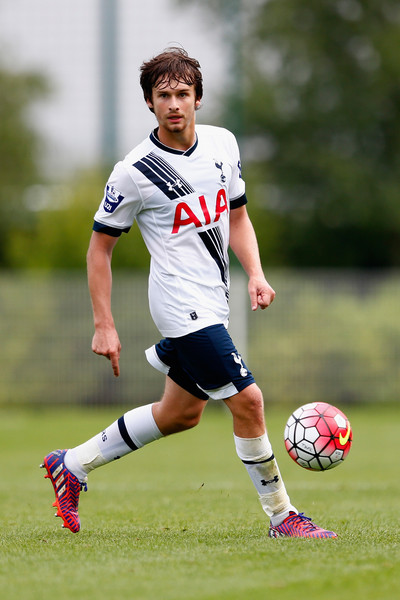 Article by: Richard Fillingham
Filip Lesniak turned 21 on the 14th of May 2017 and is a 5’ 9” Slovakian international U17 (4 games) & U19 (6 games). He is a talented defensive left footed midfielder player who has just been released from the Tottenham Hotspur Premier League squad.

Young Filip was virtually an ever-present for the Spurs Under-21’s in season 2015-16, before moving up to train full time with the Tottenham first team squad.

Slovak Lesniak, was born in 1996 and is the grandson of the current manager of the Slovakian national football team, Jan Kovac. He plays as a central or defensive midfielder and joined the Tottenham Hotspur youth academy in 2012 where he went on to make 51 appearances for the Tottenham under 21’s.

Lesniak was sent out on loan to Slovan Liberec of the Czech Republic in 2016 where he made only 6 appearances, but you have to remember that he was only 20 when he joined them.

It was a major surprise when Lesniak was allowed to leave on a Bosman deal at such a young age. It is no secret that Spurs have so many players at their disposal that many a very good young player is getting released. Competition for places in Tottenham’s midfield is seriously tough, with even Eric Dier unable to command a regular starting place.

Filip started his football career at FC VSS Kosice in Slovakia before joining the Tottenham Hotspur youth academy in January 2012 at only 16-years-of-age.

Lesniak returned to Tottenham on 31 December 2016 and made his Premier League debut on 18 May 2017 against Leicester City, providing an assist to Harry Kane who completed his fourth hat-trick of the season.

Filip has been released by Tottenham Hotspur along with 5 other academy players after his contract expired on 9 June 2017.

Rangers could easily replace the loss of midfield loanees Emerson Hyndman and Jon Toral with the signing of Tottenham midfield enforcer Filip Lesniak this summer.

The fact that Rangers could end up with a quality left midfield player for nowt – zero – for nothing. Do you think it might be worth a punt to add him to the squad, but only if Pedro can get rid of some deadwood soon?