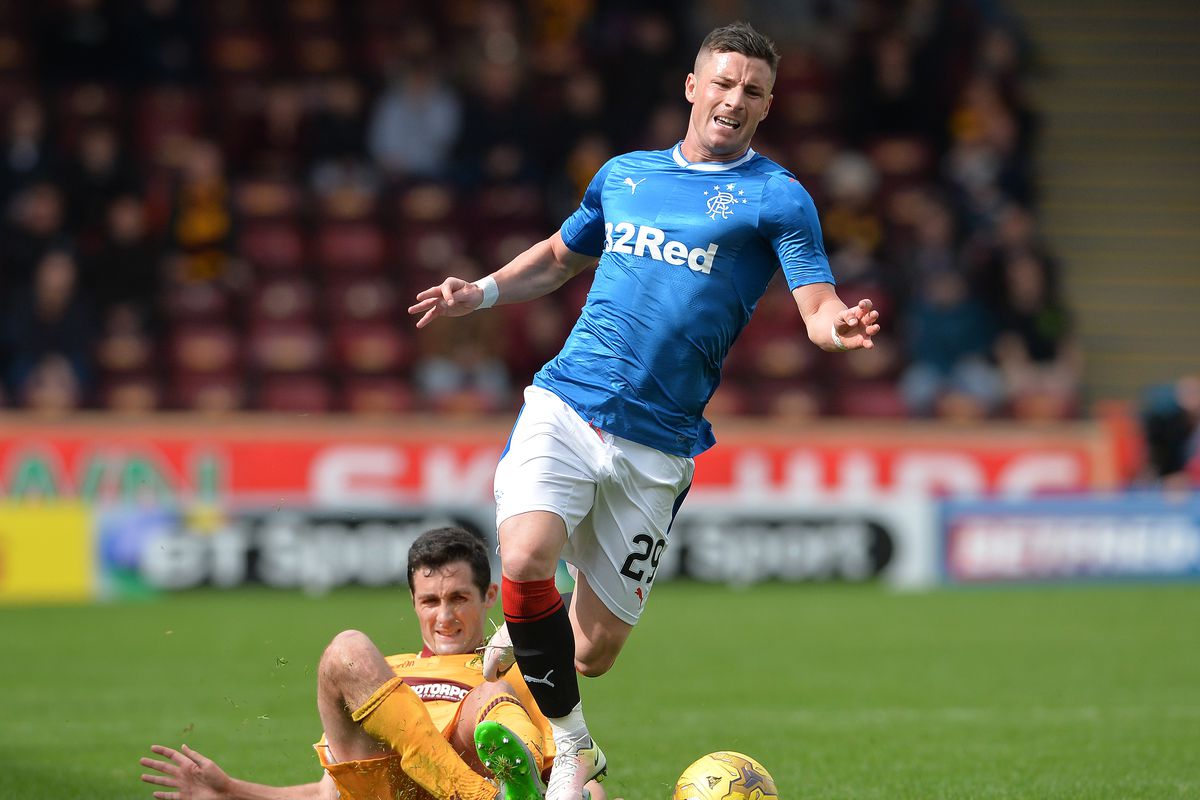 Rangers’ summer exodus took a while to get going, with initially only five departures including two loans. Since then we have seen Andy Halliday travel to Austria to complete a slightly bizarre loan with Azerbaijan’s Qabala (it is known as both this and Gabala) while his fellow five ‘Europa League Axees’ have had varying fortunes.

However, there is one of them who might just have something left to offer – after all, Garner aside, he was Rangers’ most expensive signing of the post-admin era, coming in at a cool £500,000, and did a significant amount of damage for his old team St Johnstone.

I am of course referring to Michael O’Halloran, who many fans feel has never really been given a fair crack of the whip at Ibrox, and it is hard to argue with that.

A high-profile winter 2016 signing, O’Halloran was pursued by Mark Warburton for near enough three months before he got his man, following his fantastic performance against Rangers at Ibrox that fateful night in September where, following that scraped with over Dumbarton three days earlier, Rangers were put to the sword and the first sign appeared that our-then manager was not the right man going forward.

O’Halloran was a major architect of this, and come the following January, he was finally a Rangers player. Then proceeded to get dumped to the bench regardless of how well he actually played.

MOH was in and out of the team, in a way that would not give a winger that critical commodity of ‘confidence’. When he got his chance he generally did rather well. In two matches in a row his endeavours down the right led to own goals and he was able to hurt teams.

Unfortunately his fringe status in the squad did him for and form began to fade, and by the time he was recalled later in the season, any ounce of productivity was gone and he looked lost.

One cannot help feeling that given a decent crack at the first team he could be an asset – he is heavily linked with a switch back to St Johnstone and Tommy Wright is a canny operator who can play to a forward like MOH’s strengths.

For example, a major trick was missed earlier in the season when Niko Kranjcar was selected at Parkhead – many posited MOH should start too, exploiting counters and hurting the defence, getting behind them and being deployed by way of Niko’s vision and craft.

It did not transpire, of course, and MOH’s Rangers career has been a great big waste of time, so far, quite honestly.

His omission from tomorrow’s squad does strongly suggest his number is up at Ibrox, but with only Candeias (ineligible) and McKay (unwanted) on the books as pure wingers, Rangers are hardly teeming with such players. There is Dalcio too but he is more akin to Joe Dodoo, an auxiliary forward who can fill a number of positions at the top. Same arguably goes for Herrera.

But MOH is old school – an old-fashioned winger who can hurt teams given the right support. Whether Pedro agrees with this is another matter though, and one cannot see him being given a reprieve.