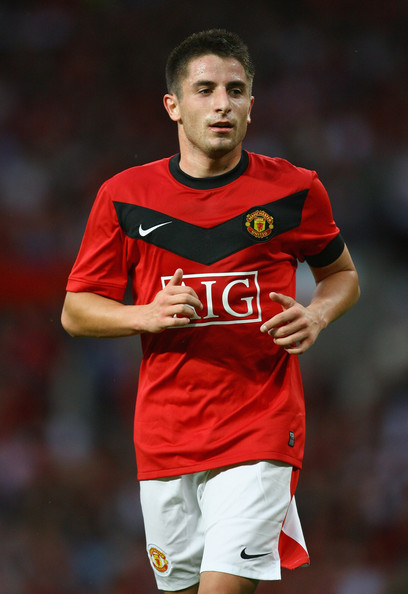 A full international player since 2007, Tošić has earned 76 caps for Serbia and was a major part of their teams in the 2008 Summer Olympics and the 2010 World Cup.

He has built a reputation as a free-kick specialist and a tricky dribbler, and much to his surprise, he has been released on a free transfer.

Tošić signed for Serbian giants Partizan Belgrade in 2007, and played there for two years before his high-profile move to Manchester United.

In 2009, the expensive arrival of Tošić was announced with no little fanfare by Manchester United. Zoran was viewed as a potential successor to Ryan Giggs, but at the end of a rather curious couple of years at Old Trafford, he left having played very few games.

There was no shame not shifting a legend like Ryan Giggs, out of the starting 11. Unfortunately, that kind of competition was too great for Zoran Tošić to change.

After he struggled to break into the Red Devils’ first-team on 27 Jan ‘10, Tošić joined German side FC Köln on a 4-month loan until May ’10. He played in 13 games and scored a very credible 5 goals which attracted the attention of CSKA Moscow of Russia that summer.

On 15 Jun ‘10, Tošić was signed on a five-year contract by CSKA Moscow for a fee believed to be in the region of £8 million.

Now, after seven very successful years in Moscow, he’s still got pace despite just turning 30 on the 28th of April. He played a total of 182 games and scored 37 goals, which is less than 1 goal to every 5 games ratio, which is an excellent achievement.

With Rangers’ well-documented problems at both left wing with Barrie McKay’s situation and left back with a lack of depth, and the continuing problems securing Jamie Walker, Tošić could be a fine asset akin to the calibre of Kranjcar and Alves.

Tošić is a very useful addition for any side, so Rangers, there’s no time to lose.