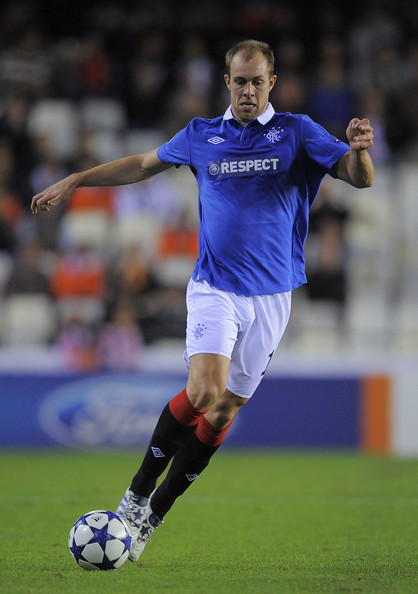 If one thing has surfaced time and time again over the past few weeks, it is a worrying undercurrent among Rangers fans of the calibre of player being sought to rebuild this beleaguered Rangers side.

While no one is expecting the quality of Gazza, Laudrup or Baxter any time soon, alarm bells have been ringing among a great deal of the fanbase with names like Henaghan, Sumaila, Whittaker, and Berra being touted for a switch to Ibrox.

This is not to say these are all absolute dross, indeed many have responded slightly more positively to links suggesting a move could be made for Motherwell’s Louis Moult. But the problem Rangers fans seem to be arguing is the bulk of the players being mentioned in press circles, online and even ‘in the real world’ is they are barely any better than what we already have.

Indeed, some feel this Rangers squad could actually get worse if half these rumours come to pass.

Rangers are in a desperate state right now. Fans are losing confidence in the board and the squad, with many wanting to exclude the manager for now given he remains relatively new to the gig; but with the majority of the football personnel at the Club lacking the quality fans want to see, the rebuild we all want does not seem to be quite as much of the upgrade we were led to believe would arrive.

Indeed, we still are not truly aware of what the ambitions or budget of the board actually are; all we know is Caixinha presented a list of 12 players he wants, and we do not even know what the quality of the majority of these is.

The names being mentioned generally do not inspire the belief we can even secure second next season; and the number of rejections is a little disappointing (Vaulks said no, Alves supposedly did albeit he has been slightly more positive today going by the quotes) – it does not seem either that the budget is there to deliver a half decent Rangers squad.

Anyone hoping for Willie Henderson’s £50M should wake up and smell the coffee. If we manage a tenth of that we are doing well. Sterling example of the financial problems – Motherwell have reportedly slapped £500k on Henaghan’s head – and already that feels like a non-starter and too much. In truth, for the player in question, it probably is, but there is a horrible dread just beginning to surface that Rangers are stuck in this bargain basement with absolutely no light at the end of it.

The quality needed – several £1M plus players plus one or two £2M players requires a minimal outlay of £10M – and that just does not look like it is happening, hence the multiple to links to half of Norwich’s freed surplus and Bosmans like Sumaila.

It is true that Rangers should be able to attract better with Europa League confirmed and theoretical progress on offer; but the names do not force that conclusion.

We better hope a lot of red herrings have been swimming our way recently or next season will be more of the same.