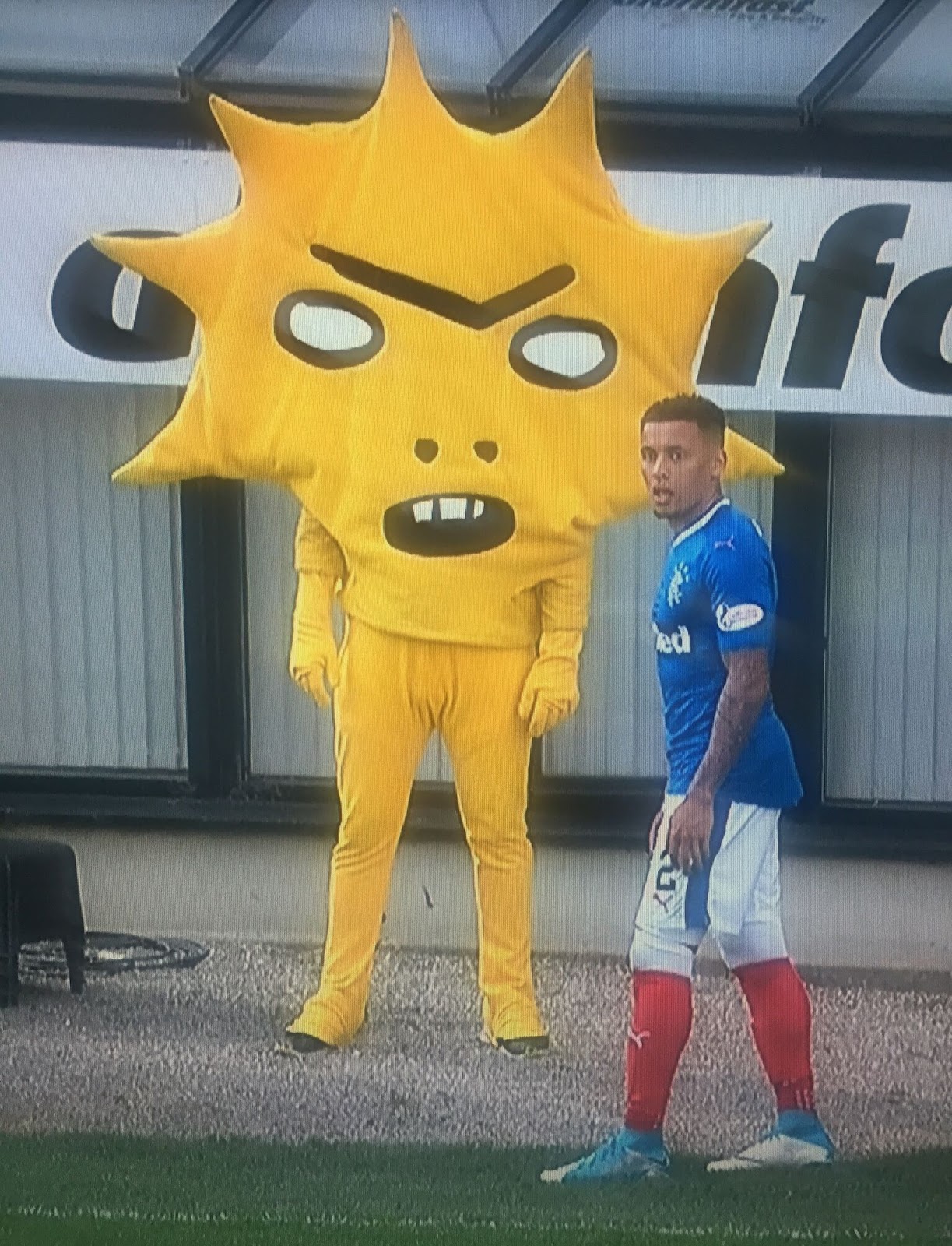 For once we are not going to moan about the match, but about Partick Thistle’s intimidation tactics. This monstrosity was clearly witnessed harassing James “Cafu” Tavernier at Firhill as he tried to swing in yet another pin point set piece, and the report is said to have been made by referee Crawford Allan to be sent to the SFA in the morning.

The creature, said to be called “Kingsley”, was deployed in a bully-boy tactic by Alan Archibald in a bid to upend Rangers’ glossy football and sharp attacking, and as you can tell from this frightening image captured on CCTV, the method may have worked.

Kingsley will be used in further home matches by Thistle to frighten the life out of anyone who comes near him, but there is said to be little truth in rumours he is on Rangers’ manager Pedro Caixinha’s list of prospective new signings.

Which is a shame, as many would start him ahead of Martyn Waghorn.

NB/Disclaimer: Yes, this article was idiotic, fictional, and just a bit of fun, and yes Rangers secured UEL today thanks to the win. But it did not feel much like a victory.