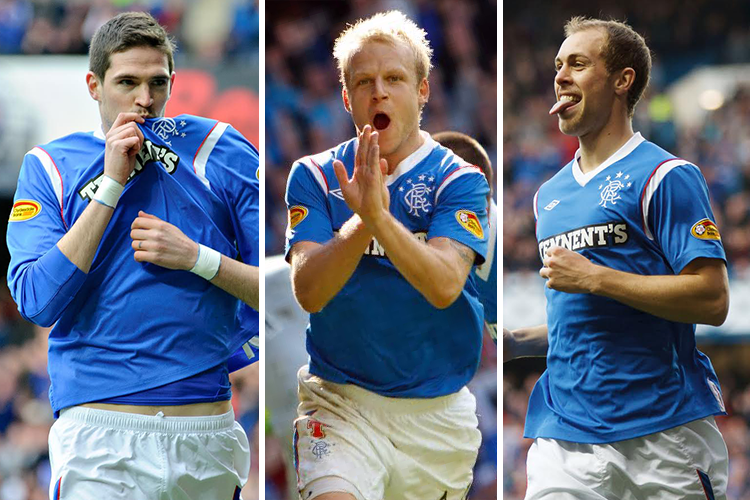 It is hard to refer to these three without casting one’s mind immediately back five years and to the hell of Summer 2012. It was a period of time we will never forget, nor should we, but this article is going to forego all discussion about it and examine the present day and the football side of things.

As we know, Pedro Caixinha is busy underway rebuilding his Rangers team in time for pre-season training. Naturally he is unlikely to have all business completed within two weeks but he will hope to have made major inroads by then, with further deals thereafter, and three of the most frequently-linked names are three of the so-called ‘deserters’ – Steven Naismith, Steven Whittaker and Kyle Lafferty.

All three ditched Rangers way back when but there is a lack of denying that time has healed the damage they did in the minds of some Bears and a portion of the support would accept a number of them back.

But would any of them actually add anything to Rangers’ squad?

Naismith was an exceptional player for Rangers, filling the role of two, maybe three players, and when he was injured, then-manager Ally McCoist could not compensate. Signings like Sone Aluko and Matt McKay, not to mention Juanma Ortiz were pale comparisons and Rangers’ lead in the league slid dramatically from that moment onwards. But that was five years ago – Naismith has aged five years, and naturally is not quite the same player. But he is one with a glut of top-level experience in the English Premiership, and is one of the rare success stories of SPL exports to England’s top flight with Everton.

He slid a bit thereafter at Norwich, a team who ended up relegated after his arrival and his form has been a little wavy the past few years, but it is the old cliché; ‘he would walk the SPL’.

Many claim it is in fact a done deal and Rangers are bookmakers’ favourite to sign him. They also said Pedro Caixinha was the favourite to become Rangers manager…

Moving onto Whittaker, the truth is he was a pretty ordinary utility full back for Rangers. Frequently cited over that goal in Portugal, Whittaker was a poor man’s Hutton and while he did not quite disgrace himself, he was certainly not a memorable player for anything else he did on the pitch. That said, with doubts over both James Tavernier and Lee Hodson’s futures, and only Wallace and Beerman on the other side, Whittaker might be a useful tool to have. However, he has probably been more linked to Hibernian than Rangers anyway.

Last but not least Lafferty, who is said to be in ‘advanced talks’ about a return to Ibrox. The Northern Ireland international’s club career has certainly struggled of late, with unproductive loans to Turkey then Birmingham. The 29 year old did not half bad in Italy’s Serie A for Palermo though, chipping in with just under one in three for a struggling Sicilian side, and has stated he does want to return to Rangers.

Four years ago I would never have dreamed of accepting any of those back but times change and Rangers’ squad is desperately in need of quality.